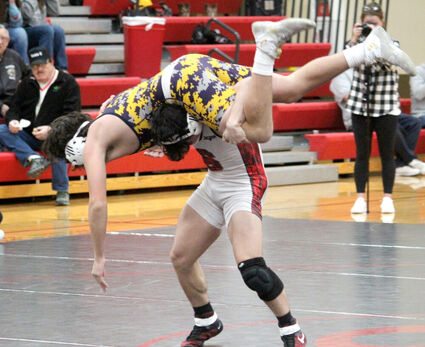 It was Senior Night on Tuesday, and the Sidney Red Raider Wrestling teams hosted Bridgeport for a Dual.

The action started with the girls team, with Ciena McKenzie at 120lbs winning by Fall against Bridgeport's Emillie Miller. Jaydn Cottam lost to Kyra Robbins at 114lbs, and Autumn Wolfe lost to Olivia Jones at 132lbs. Both teams were light on wrestlers, giving Bridgeport the 21-to-18 win.

For the boys, Kole Houser at 138lbs pinned Coy Fleming, Julian Maytorena at 145lbs pinned Martin Cruz, Cauyer Glanz at 160lbs won by disqualification over Steven Menke, and Austin Munier at 132lbs pinned Chase McGrath. Bridgeport was very light on wrestlers resulting in many open classes and a 72-to-6 win by the Sidney team. 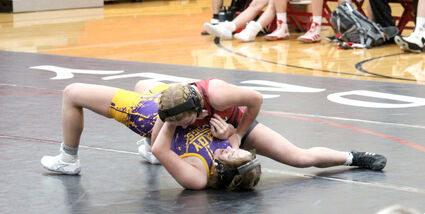 On Saturday, the Red Raiders traveled to compete in the Gothenburg Duals, and won three duals and lost two, earning a fifth place overall result. The dual results are as follows: