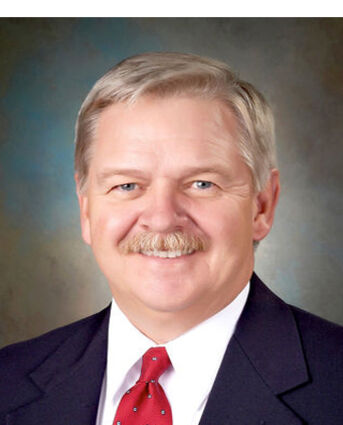 What started out as an interest in the process and trying to stay informed, is closing after nearly a decade of service.

Now in his tenth year on the Sidney City Council, councilman Joe Arterburn has decided to do something else. In the closing minutes of the January 25 city council meeting, Arterburn announced his plan to resign and submission of a formal letter that he is stepping down.

He plans for his last council meeting to be February 22.

“I would like to thank the voters of Sidney for putting their faith in me,” Arterburn said.

The process of local government, and insisting on accountability are things that will stick with Arterburn. He recalls when Ed Sadler was hired as city manager and the City began planning for purchases as opposed to borrowing for them.

“The process takes time. Nothing should happen overnight,” he said.

In planning for major purchases, the City began saving money, he said.

His view is contrary to popular cliches.

“It is not a thankless job,” he said.

Arterburn said sometimes people call with complaints or a different point of view, but it is just their opinion. He said if a councilman follows his duties, uses common sense, represents the public and does not work to his own advantage, the experience will go well.

“You're not there to make things easier for you,” he said.

His resignation is in part related to his wife's retirement. They will now have time to do more outside of Sidney. He does stress Sidney is still their home.

“We like it here,” he said. “It's the hometown of our kids; adopted home town.

The city council will be appointing an interim council member to fill Arterburn's seat until the November 2022 election. City Manager David Scott said Thursday the City will be publishing a “notice of vacancy for a term through Dec. 13. The notice will be posted in the Sun-Telegraph and on the City's website. Interested residents can also file for candidacy through the Cheyenne County Clerk's Office.

Arterburn is a native of western Nebraska, having moved his family to Sidney in 1993.

He graduated from Chase County High School in Imperial. He then attended the University of Nebraska-Lincoln and graduated with a bachelor's degree in journalism. He spent 10 years working as a reporter on daily newspapers in Alliance and in Council Bluffs, Iowa. He then accepted at position at Cabela's and made the move to Sidney. He spent 23 years in the Cabela's corporation, most recently as corporate communications manager.

Since Cabela's, he has worked as a freelance writer with his work appearing in publications including Outdoor Life and Petersen's Hunting.

He has served on the city council since December 2012. During that time he has served as mayor and vice-mayor.