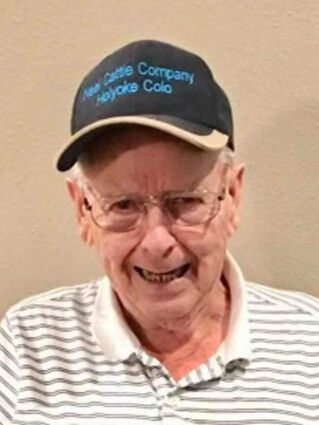 Glenn was born on December 5, 1935 in Dalton, Nebraska to Perry E. and Maude (Bassett) Neel. Glenn worked in the Oil field and was a Truck Driver for many years. He married Dorothy Ann Sanders on July 2, 1955 in Sterling. They were married for 56 years before her passing. Glenn enjoyed watching the Broncos and western movies, eating at J&L in Sterling, and going on car rides.

Glenn is survived by his children Debbie Anderson and husband Carl of Sterling, Glenn Neel Jr. of Greeley, and Cindy Nelson of Greeley; brother-in-law Ronald Rickert of Powell, WY; 9 grandchildren; 4 great-grandchildren; and numerous nieces and nephews.

Memorials may be made in Glenn’s name to the American Parkinson Disease Association care of Tennant Funeral Home, PO Box 1547, Sterling, CO 80751.