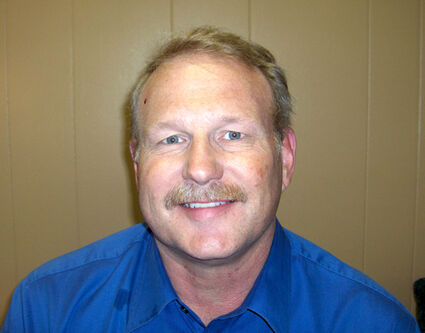 After reading Mr. Bensons’ recent column on his take on the events at the US Capitol on January 6th, 2021 I feel I must write a response.

He starts his column by stating Donald Trump lost the 2020 Presidential election. I think it would be more accurate to say former Senator and Vice President Joe Biden appeared to be the winner as the votes were tabulated.

I find it hard to believe almost 12 million more people came out of the woodwork to vote for Joe Biden, a nearly senile and probably corrupt career politician who hardly campaigned in 2020. So how did Biden “receive” 81.2 million votes? It would require a forensic audit in several key states to determine.

A forensic audit like the Arizona State Senate conducted in Maricopa County. I found it ironic that news organizations like CNN, ABC, NBC,CBS and MSNBC belittled the audit in Arizona calling it a “fraudit”.  Any true journalist should be very interested in uncovering evidence of fraud that altered the outcome of an election. Perhaps some of the people working in main stream media aren’t true journalists? Perhaps they are propagandists? Or just idiots? Or both?

At any rate, many Americans have serious concerns that the 2020 election was rigged. I myself am one of those Americans. I wanted to go to Washington DC the first week of January 2021. I did NOT want to hang Vice President Mike Pence. I think he is a fine man and an honest man. The Vice President has no authority to reject any States Electoral Votes.

There should be a process to reject a state’s Electoral Vote if there really was a problem in that state. Again it would take that forensic audit to determine. In the weeks before January 6th, 2021 various lawyers filed cases in various courts charging that enough irregularities accumulated to change the outcome of the election. Most of these cases were dismissed for “lack of standing” or they were filed too late. Texas petitioned the US Supreme Court to hear a case on an emergency basis. 18 other States supported that case with amicus briefs.

The Canadian truck freedom convoy and blockading of downtown Ottawa and the US/Canada border near Grand Prairie are good examples. With regard to the events of January 6th,2021 a rally on the Ellipse turned into a protest at the Capitol that turned into trespassing and some vandalism. I disagree that it was insurrection. When protests erupted across the US after the George Floyd incident stores were looted and buildings burned.

The US Courthouse in Portland was attacked nightly with rocks, bricks and fire bombs. As bad as that was, I don’t think it rises to the level of insurrection. Not even when protesters set up an autonomous zone called Chaz. What happened at the US Capitol was less than that. It was vandalism and trespassing, fine them $500 and lets all move on. Instead, people arrested for January 6th actions are being held without bail and when convicted, are sentenced to years in prison. I would compare this to the old Soviet Union sending people who disagree with policy off to gulags.

May I quote from that document: We hold these truths to be self-evident, that all men are created equal, that they are endowed by their Creator with certain unalienable Rights, that among these are Life, Liberty and the pursuit of Happiness. That to secure these Rights, Governments are instituted among men, deriving their just powers from the consent of the governed.

That whenever any form of Government becomes destructive to these Rights, it is the Right of the People to alter or to abolish it, and to institute new Government, laying its foundation on such principles and organizing its powers in such form, as to them shall seem most likely to effect their Safety and Happiness.