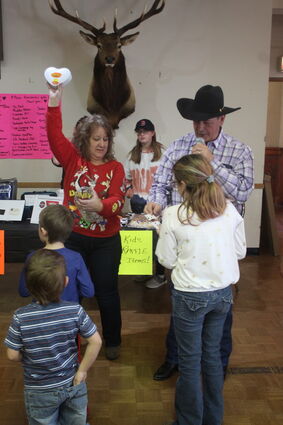 Few people expect life to be perfect with no scrapes and bruises, no illnesses or any other physical challenges. Likely even fewer expect to wake one day as active as any other period in life, and the next like someone has rewritten the story line of your life.

That is where Crystal Hall's life is now.

Early in 2021, Hall's life changed. She went from working full time and golfing to muscle movements that no one could explain.

“I started having my head turn to the right,” she said.

She then felt her right arm go numb.

“Then I lost feeling in my toes,” she said.

She went to a general surgeon, who referred her to a neurosurgeon. An x-ray was taken and compression was discovered in her C3-C7 vertebrae.

“I had to have major surgery,” she said.

Doctors said she had a form of arthritis. She was in the hospital for a week, including two days in an Intensive Care Unit. She came out wearing a neck brace for a month. She went to physical therapy and suddenly her head began to jerk.

“This movement disorder is caused by a dysfunction of the brain. The symptoms are caused by intermittent or sustained contractions of the muscles around the neck which control the position of the head. This causes the head to lean to one side, or be pulled forward or backward. The shoulders may also be uneven and some patients experience tremors in the head or arms. ST is usually accompanied by constant and extreme pain,” according to the National Spasmodic Toricollis Association.

She has seen six doctors and has been referred to Swedish Medical Center in Denver. She is scheduled for a spinal tap and MRI on March 11, and the possibility of more surgeries.

“It's an ongoing thing,” she said Saturday. “They're looking at cutting a nerve in my head.”

Her posture has changed to her head down with her chin on her chest.

“I'm a very social person. It truly changed my life,” she said.

She said the disorder and its impact on her life has caused a limiting of her activities, and depression. She hasn't worked for six months because of the disorder.

A dinner and auction was held Saturday at the Sidney Elks Lodge in support of Hall. She said about 40 businesses donated in support of the auction.

“I'm absolutely blown away by the event for me yesterday at the Elks,” she said on her Facebook page.