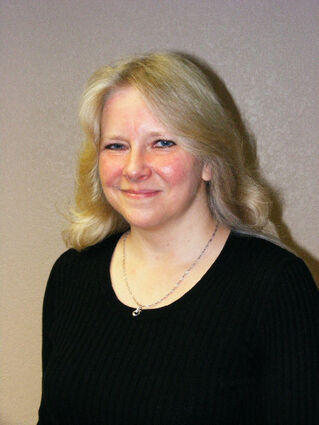 On February 22, the Sidney City Council held a changing of the guard in a matter of speaking.

February 22 was councilman Joe Arterburn's last day as a seated councilman. He had submitted his resignation in the January 25 council meeting.

His resignation came with his wife Kathy retiring and they were spending less time in the Sidney community.

“We had a couple of people apply,” Gallaway said.

He said both are big supporters of the community. He said he and vice-mayor Bob Olsen spoke with the candidates, but did not interview them.

He then recommended the council accept Marva Ellwanger as the new city councilperson. Gallaway said Ellwanger has demonstrated her commitment to the city.

Ellwanger was accepted with a 4-0 vote. Arterburn was not eligible to vote, according to City Attorney J Leef.

Ellwanger then completed her swearing-in and took her seat at the bench.

Prior to the council decision, City Manager David Scott said there are three council seats open for fur-year terms, and the fourth, formerly Arterburn's seat, will be decided for a two-year term in November.

She also is the recipient of the 221 Adams Industries Visionary Award and 2021 Cheyenne County Chamber of Commerce Citizen of the Year.

Her interest in the city council grew after two people, on two separate occasions, entered her office and said “I have two words for you: City Council.” 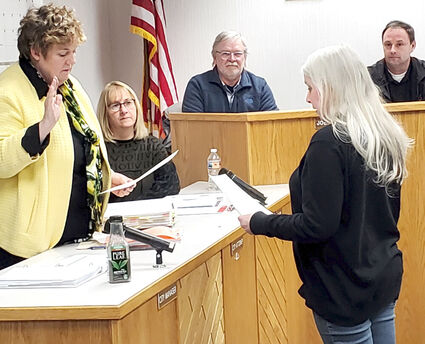 “I've had a few come in and ask if I've ever thought about running,” she said.

With that, she thought now a good time to give back to the community. In addition to being selected to fill the rest of Arterburn's term, she is on the ballot for the Primary. She entered her name to fill the term with the intention of seeking election.

Tuesday night's decision by the council was emotional, according to Ellwanger, filled with excitement and nervousness she would do well ein the seat.

“I want to do well when I sit in that seat,” she said.

She said she will have to resign her seat on the Chamber (citing possible conflicts of interest), and with the Preservation Board (a position selected by the council).