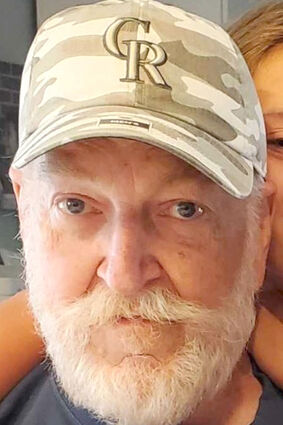 Rickey L. Ohlbrecht passed away February 24, 2022, in Colorado Springs at the age of 71. Rick was born in Sidney, NE to Olin and Darlene Ohlbrecht. He met (Elizabeth) Elaine Old from Farmington, NM in San Diego, CA, where he was stationed at the 32nd Street Naval Station ID Lab. They were married January 7, 1972, at Pacific Beach, CA and celebrated their 50th wedding anniversary last month. He was then deployed aboard the USS Midway CVA-41 as an EN3, where he served in Indochina during the Vietnam war.

After an honorable discharge, Rick and Elaine moved to Farmington, NM where he worked as a Field Service Manager for Dowell/Schlumberger for 12 years. They moved the family, who included three sons, Tyler, Reed and Brody to Colorado Springs, CO in 1986. Rick finished his work career as a Journeyman Power Plant Mechanic for the Colorado Springs Utilities at Ray Nixon Power Plant and retired after over 20 years where he was respected and appreciated by all his close friends who worked with him, who always called him RickO.

In lieu of flowers, donations may be made to Springs Rescue Mission, 5 W. Las Vegas St., Colorado Springs, CO 80903. The Rescue Mission was important to Rick because he believed in helping others in their time of need.

Rick’s Celebration of Life will be held at Shrine of Remembrance, 1730 E. Fountain Blvd, Colorado Springs, CO 80910 on Tuesday, March 8, 2022 at 2 p.m. Interment will be held at a later date at the Pikes Peak National Cemetery.

He was proud of his service in the US Navy aboard the Midway and was proud to be a United States Military Veteran. Sail on, Sailor, sail on. Until we meet again.