In Support of 'Right to Repair' 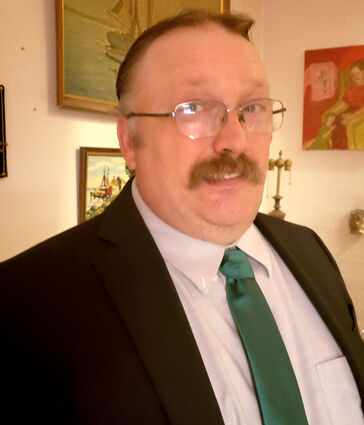 The  Right to Repair policy would allow consumers, maintenance people, computer experts, and mechanics the right to repair equipment.

The importance of this policy is to reestablish support for consumer rights. To allow consumers the right to work on their property or give them the right to allow a qualified person to do the work. Several policies were put in place to safeguard Consumer rights and some policies were created to undermined consumer Rights such as the  “Digital Millennium Copyright Act” that allows corporations to overreached their authority in violation of consumer law. There have been problems with companies utilizing Error 53 programs, John Deeres’ “End User License Agreement,” and circumvention of technology.

John Deere created a policy called the “End User License Agreement” to limit what the owner can do to a tractor. Back about 40 years ago when I was a ranch hand when a tractor broke down out in the field, you fix it in the field. There was also a roving mechanic that would go from farm to farm or ranch to ranch to work on equipment.

This helped get equipment up and running at the quickest possible time. The passing of the “Digital Millennium Copyright Act” created a system where companies such as John Deere can tell you that you can no longer work on John Deere tractors. The newer tractors are computerized so they claim copyrights violations if someone works on the tractors.

That includes owners of the tractor and any mechanic that is not directly employed by John Deere.  John Deere claims that when you buy tractors, the consumer is actually purchasing an implied license for the life of the vehicle to operate the vehicle rather than traditional ownership.

To satisfy contract law, they have every new owner sign an “End User License Agreement” which puts a limit on user right to software and forbids any repairs to the equipment.  It restricts the owner’s ability to perform maintenance or to hire a mechanic to perform maintenance. That seems like a very clear consumer rights violation and it takes away your right to property ownership of something you bought.

Outside of the EULA, some programs will create an automatic fail or shutting down of the computer system. Such as the Error 53 program. Error 53 Program was used in Apple in their cell phones. The programs were also used in John Deere trackers and Tesla automobiles. The program shut down the phone if someone tried working on the phone or tried installing a third-party component.

Apple was fined 9 million dollars for a violation of Australian consumer Laws. Programs that are created to make your property fail or have a limited life can be argued as a Consumer Rights violation. Items break and that is understandable, but making items last a limited amount, or creating a program to start failing at a one-year or two-year mark is not ethical.

The policy that allowed approval of Error 53 was the Digital Millennium Copyright Act of 1998. It criminalizes the production and dissemination of technology, devices, or services intended to circumvent measures that control access to copyrighted works.

It also criminalizes the act of circumventing an access control, whether or not there is actual infringement of copyright itself.”

If a person works on their apple phone, tractor, or Tesla automobile could be in violation of Federal Law. Under this law, if you even open the compartment to the computer could be a violation of this federal law. The DMCA policy is umbrella under the Copyright Law, but people are not copying the program for use for another program or creating their own product.  You have to prove a “copy and use,” to be proven as a copyright infraction.

The policy itself does not fit within the intent of Copyright Law.

Another claim states that allowing people to work on the computer systems in phones, vehicles, and tractors could be an issue of circumvention of technology. Circumvention of technology is referring to tools that allow users to evade a software’s licensing protocol. This can mean serial numbers, keygens, passwords, and other methods to hack software or games or to hack to manipulate codes. When conducting repairs, there would be replacement of parts, reboot software, reformat programs if the computer system goes bad, and software diagnostic equipment that would show errors in the product.

The policy the US has is to stop the circumvention of technology but the actual maintenance that is being performed is not by definition, “circumvention of technology.” They assume general maintenance as part of that definition which may be an infraction of Title 18, United States Code, Section 1001. 1) knowingly and willfully; 2) make any materially false, fictitious, or fraudulent statement or representation; 3) in any matter within the jurisdiction of the executive, legislative or judicial branch of the United States.

There are many ways to fix this problem. There needs to be policy approval to allow owners of property to be able to work on that property. We need to hold the government and businesses accountable when they violate laws. Many of the law violations can be argued under consumer laws, Antitrust laws, infractions of the Federal Trade Commission Act, Infractions of the Clayton Antitrust Act., Sherman Act violations, or violations of the Title 18 policy.

Approving “Right to Repair” policies would help improve secondary raw material markets, it will help get equipment fixed quicker, decrease equipment downtime, and it would reduce electronic waste. The next course of action would be to contact our state and federal legislatures and changes these policies. If they refuse to change the policy, we start filing charges.