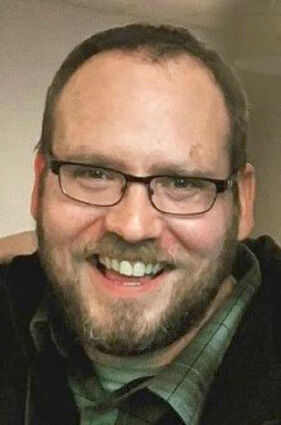 Daniel G. Duncan, age 39, of Sidney, passed away at his home on Tuesday, March 1, 2022. A Celebration of Life will be held at the Legion Park Shelter House on Saturday, April 9, 2022, at 5:30 p.m. for a potluck dinner. Cremation has taken place and inurnment will be held at a later date. Memorials may be made in care of Barbara Duncan, 1625 Linden St. Sidney, NE 69162 for later designation.

Daniel was born on June 1, 1982 in Sidney, NE to Vance (Butch) and Barbara (Keefer) Duncan. He was born and raised in Sidney, NE.

Dan attended Sidney Public Schools and graduated from Sidney High School in 2001. Following graduation Dan went on to work for Cabela’s for many years making lots of friends and acquaintances along the way. After leaving Cabela’s he accepted a job at the Sidney hospital until the time of his death.

Dan was known for his love of dogs, cooking, music, and movies. He was an avid collector of antiques and he enjoyed going to yard sales and auctions with his mom. Dan enjoyed spending time with his family and friends and especially his Boxer dogs. Dan was always caring, thoughtful, and willing to lend a hand if you needed it. The thing people will remember most about Dan is his smile, sense of humor and witty sarcasm.