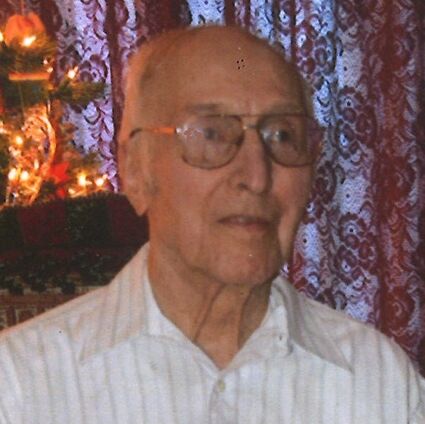 Leo Kurth, age 93, of Sidney, NE, passed away in Sidney on March 14, 2022. Funeral services will be held at 10:30 A.M. Saturday, March 19, 2022, at Church of Nazarene in Sidney, NE with Pastor Lee Eads officiating. Burial will take place in Greenwood Cemetery in Sidney, NE. Friends may stop at the Gehrig-Stitt Chapel on Friday from 1-6:00 P.M.

You may view Leo’s Book of Memories, leave condolences, photos and stories at http://www.gehrigstittchapel.com.

Leo Kurth, the son of Erick (Ed) Reinhold and Mary Christine (Schneider) Kurth was born on August 16, 1928 in Brownson, NE. He attended school at District 75 in Brownson. He started working for the International Harvester Co. in Sidney, NE, until he entered the Army on October 14, 1950. Leo was honorably discharged on September 18, 1956. He served as a mechanic in Headquarters Company 3rd Battalion, 179th Infantry Regiment during his eight months in Korea. He departed his units on July 30th returning to the United States and was awarded the Combat Infantryman Badge, Army of Occupation Medal for service in Japan and the United Nations and Korean Service Ribbons.

Upon returning to Brownson, he established Ed & Leo’s Repair in Brownson, operating the business for 9 years. He then started working for Cheyenne County as a heavy equipment operator for the next 30 years. He enjoyed running the loader and took pride in everything he did. On March 19, 1965, Leo was untied in marriage to Judy Lee Fristrom.

He was preceded in death by his wife, Judy, parents, 4 brothers, Melvin, Everett, Elmer and Phillip.