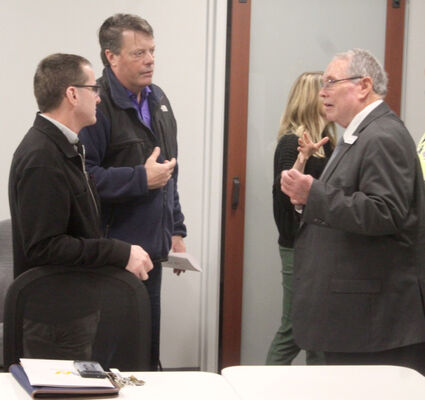 A community college has an extensive list of possibilities, of opportunities to be part of the community.

Western Nebraska Community College's Interim President John Marrin met with Cheyenne County community representatives Thursday, March 17. The visit was part of a listening tour hosted by WNCC. The goal is to visit all 13 counties in the service area.

“We want to hear from as many people as possible,” Marrin said in a press release on the college's website.

The Sidney visit was initially scheduled for March 8. The meeting was delayed to March 17 due to the snow storm.

Following an introduction by Interim President Marrin, the meeting followed a list of questions with those in attendance encouraged to offer their viewpoint.

Questions included “What does Cheyenne County need more from the college?” What are the big picture challenges and opportunities you (the community) expect over the next five years? How is WNCC perceived in the community?”

“There will be no right or wrong answers,” Marrin said.

He said following the listening events, there will be a second tour sharing the results of the tour and the college's plans.

“Next fall, we will be coming back with answers,” he said.

Jackie Tremain, with the Nebraska Department of Labor, recalled evening classes, classes on various skills and interests but not necessarily working toward a degree. Another comment was for the college to increase diversity, noting that the majority of the Sidney campus is Caucasian. Yet another person asked about senior tuition rates, discounts for residents in their older years. Trent Santero, one of the founders of NexGen Outfitters in Sidney, stressed the need for skills and trades courses. The comment lead to more support of programs in automotive and diesel mechanics, welding and plumbing as examples.

Regarding the community's perception of WNCC, Santero said the college is perceived as an asset to the community. He pointed out the difference between a manager and a leader, noting that when the Cabela's buyout by Bass Pro hit the community, WNCC staff were quick to ask “what can we do?” He added support of local industry is very important. Sidney City Manager David Scott agreed, noting that the region is expecting significant job growth in the coming years. Northrup Grumman is under contract to upgrade the missile system in the region, a project that is expected to take a few years. Scott said company representatives hope to hire at least 10 percent of the workforce locally. 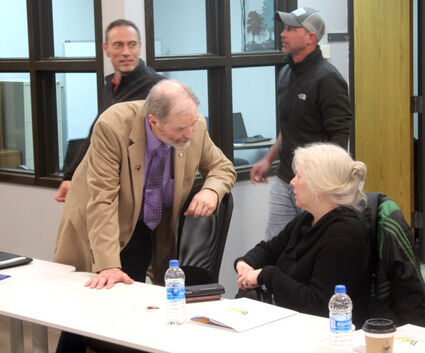 Marrin said the challenge for the college is funding. He said any student who is Pell eligible should get at least the tuition paid. The amount of funding will vary by the program enrolled in, he said.