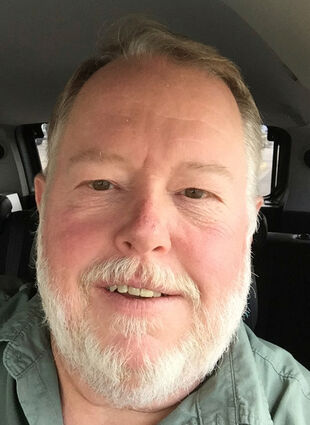 He was born Jan. 19, 1964 in Omaha, Nebraska to Phillip and Nyla (Christensen) Davis. He pastored Pioneer Baptist Church, Denison, Iowa, from 1993 to 1998 and was ordained there in 1994. Following this, Curtiss served his Lord in various pastoral roles throughout his career, including as associate pastor of Praise Fellowship, Ransom, Kan.; evangelist with Double S Ministries and chaplain at Ness County (Kansas) Sheriff’s Department. In 2014 he accepted the pastorate at First Christian Church in Sidney, Neb., where he served until 2020. Since 2015 until his health declined, he was chaplain at the Cheyenne (Nebraska) County Jail.

Curtiss loved motorcycling and was a member of the Christian Motorcyclists Association since 2006. He enjoyed camping, fishing and target firearm shooting as well as reading and studying Scripture, listening to Southern Gospel music and woodworking.

Curtiss and his wife Marla (Bay Suarez) married Nov. 20, 2015 in Greeley, Colo., and enjoyed a brief but happy marriage. He was loved by and loved Marla’s family as well as his own. He was outgoing and enjoyed talking with people and sharing his faith with them.

Curtiss was proceeded in death by his father Phillip David and by his brothers Clifford Davis and Mitchell Davis. He is survived by his wife Marla, his mother Nyla and his twin children Abigail and Abraham Davie.

A memorial service to remember and celebrate his life will be held April 16, at 1:30 pm at The Community Center on Toledo, in Sidney, NE. All are invited to attend.