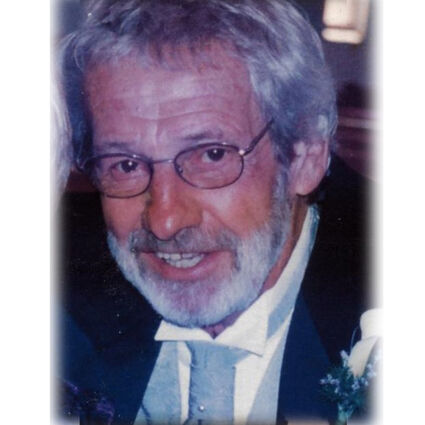 Bill was born November 14, 1931, in Oshkosh, Nebraska, to Henry "Hank" and Coriene (Smith) Hines. He graduated from Garden County High School with the class of 1949. In January 1952, Bill married Paulene Roth, and to this union, two children were born, William "Bill" and Dawn.

April of 1952, Bill enlisted in the army and was stationed at Ft. Sam Houston, TX and was honorably discharged in April of 1954.

Bill worked as a rural mail carrier for a number of years in Oshkosh before eventually starting Hines Construction Company, based primarily in Ogallala. He built many homes in and around town, as well as Lakeshore Development on the northwest side of Lake McConaughy.

Bill was industrious and creative, which served him well throughout his life. He took great pride in his work, which was a family heritage passed down from his father, Hank, who was a contractor and bricklayer for many years in Garden County.

When Bill wasn't working, you could find him in a goose blind, walking a cornfield, fishing at Lake McConaughy, and in later years in Mexico. He and Jennetta enjoyed wintering in Bucerias, Nayarit, Mexico, and made many lifelong friends.

Bill was preceded in death by his parents, as well as his sister and brother-in-law, Dixie (Johnny) Piva.

A memorial has been established in Bill's memory for later designation. Condolences may be shared at prairiehillsfuneralhome.com.

A memorial service will be held on June 13, 2022, the time and place will be published when determined.

Prairie Hills Funeral Home is in charge of arrangements.