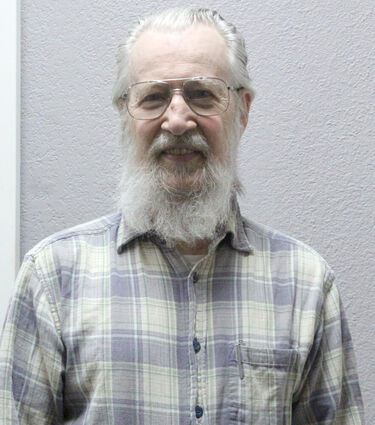 Calvin K. Sunderland, my dad was, among many things a storyteller. It’s a trait that seems to have been passed on to me. I recently unearthed the following story of my dad’s while sorting through a stack of his letters and papers. It reveals a lot about where I got many of my traits.

“The summer of 1941 was not over and by late summer I’d recovered enough from my exposure to poison ivy to be feeling frisky again. Horsing around got me into worse trouble just a few days before school started for my junior year. Granddad had an old hand-push garden cultivator with a single big wheel on the front. One day my brothers and I were roughhousing in the hard sun-baked yard. We were playing bullfighter, making passes at one another with the cultivator serving as toro. I was in the process of making a rush at the younger boys with toro when the shovel of the cultivator caught in the hard ground and flipped me. My left elbow took the impact and shattered.

The folks rushed me, in agony and shock, uptown to Dr. Royer’s office. He said there was no way to set an elbow. X-rays showed the joint was splintered beyond any hope of salvage under any known orthopedic technique. He put the arm in a heavy 90-degree cast and told me I’d have a frozen stiff elbow the rest of my life.

I told him, “No, I won’t either.” The cast came off after 6 weeks and sure enough there was no movement in the elbow. “Doc,” I said, “I’m not going to go through life like this if I can help it. What can I do to get it working again?”

He was not encouraging. The X-ray seemed to show the joint as a fused clump of bone and cartilage. “All I can suggest is lots of heat on it and lots of exercise. You might regain a little movement, but not much.” Every afternoon for the next year I went into his office for a 1/2-hour session with the elbow under a heat lamp. I put into practice an idea of my own. I got a bucket and filled it with several pounds of sand. Evenings I’d sit and read, or listen to the radio with my left hand hanging off the arm of the chair while gripping the bucket of sand. My theory was that the joint, sooner or later had to give a little under the weight of the sand.

It was a painful program but I stuck with it. To start, I could only take it for a few minutes. As the weeks passed my tolerance for pain increased until I could sit for an hour or more with a 25 pound bucket of sand drawing down on the elbow. It was rigorous therapy, but it worked. Imperceptibly movement began to return to the joint. Along with the heat lamp and the sand bucket traction, I constantly worked at trying to move the elbow by muscle power. Isometric exercise was something I could do anywhere and everywhere.

When I’d regained maybe 10-15 degrees of movement I added another element to the program: boxing. There were no formal boxing programs in Kiowa, but I roped in any friend who would, dragging him home with me where we’d put on the gloves and pound each other until one of us had had enough. The list of friends willing to go home with me after school grew shorter. By the time I’d almost run out of friends months later I’d regained at least 50% movement in the elbow, so it was worth it. Dr. Royer’s bill was $50 and he allowed me to work it out for him, cleaning up his office before school at 50¢ per day.

When I went into the Navy, 16 months after smashing the elbow, I still could not completely straighten my left arm but the examining doctor didn’t notice and I didn’t tell him. The last bit of soreness departed during my first year in service and I regained 100% use of that arm. It’s never bothered me since. Dr. Royer was amazed. He said he’d never seen anything like it. In any case I’d proved to my own satisfaction that determination and perseverance can accomplish much.”

After reading his story, I cannot help but compare it to many of the milquetoast members of today’s left-wing society. They appear to be afraid of anything and everything that presents a challenge to their way of thinking. When they are challenged in any way, shape or form, they retreat behind a shield of anger, hate and denial. Oh, well… that cannot be much of a life. I’m glad my dad passed on his resiliency (ability to deal with life’s challenges) to me. I’ve had more fun, more personal satisfaction, and more success in the things that count as a result of his example. Parents, teachers, etc. what are you giving to your youngsters that will aid them in dealing with life?