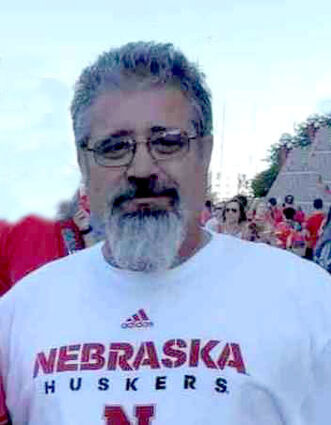 Ron “Ronnie” Morlock, 58, of Lodgepole, passed away at home with his best friend and caregiver, his wife, Karla at his side on Monday, March 28, 2022.

A celebration of life will be held at 1:00 p.m. Saturday, April 16, 2022, at the Lodgepole Community Hall. Please come to celebrate Ron’s life with us. Inurnment will be held at the Berea Lutheran Cemetery near Chappell at a later date.

Memorials in Ron’s name can be made to the family for later designation.

Holechek-Bondegard Funeral Home and Cremations in Chappell is serving the Morlock family.

Ron was born in Eureka, South Dakota on April 15, 1963. His family relocated to Sidney, Nebraska in 1972. Ron had 2 children: Krindell and Michael born to him and Darcy Aurich of Dalton. In 2002 Ron adopted Tia Christensen whom he helped support and raise, treating her as his own.

Ron had a love for trucking, riding his motorcycle and simply sitting at home with Karla watching football. He started driving for Dallas and Larry Langley in 2000. He devoted his career to Dallas Trucking for 21 years until May of 2021 when he had to hang up his keys for the last time due to his cancer.

He was preceded in death by his mother, Arlene Morlock, brother, Randy Morlock and step father-in-law, Chris Rieken.

A special thanks to Dr. Bjorling, Leslie, Mina and all the other healthcare members that may have been there for Ron over the last year.

Ron will be missed by many, including his family, friends and truckin buddies.