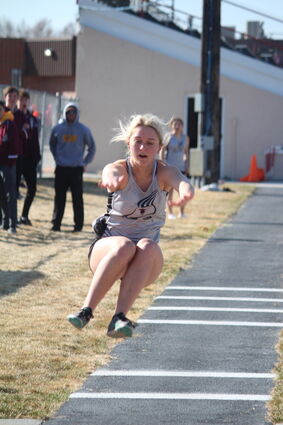 The boys team had many medalists on the day, with sophomore Luke Holly placing first in the 100 Meters at 11.51, followed by senior Sawyer Dickman in second at 11.66. Sophomore Isak Doty won...