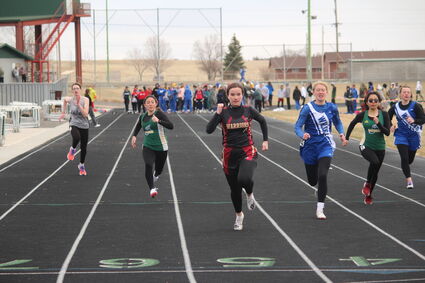 The day started with temperatures in the high 30's accompanied by gusting chill winds and occasional snow flurries until the weather warmed and the winds died down around 11 a.m.

Sidney sent a group of athletes form both boys and girls squads, and the boys placed seventh with 33 points, while the girls did not place, earning no points on the day. Freshman Landon Riddle had an outstanding day, placing second in the 100 Meters, third in the High Jump and anchoring the second place 4X100 Meter Relay team (Reid Fiscus, Owen Gillham, Conner Hurt, Landon Riddle). Leyton is next scheduled to compete at the Alliance Invite on April 12.