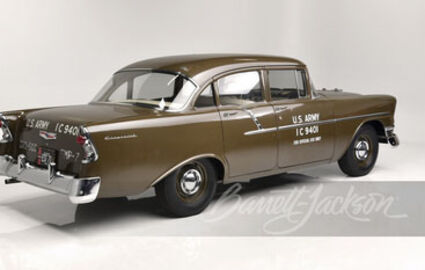 For much of its history, the Sidney community has had a some degree of military presence. Recently, a part of the past resurfaced in another part of the country to tell its story, and thank those who served.

In August 1956, the U.S. Army delivered a 1956 Chevrolet 150 sedan to the Sioux Army Depot northwest of Sidney. The Army green in color 216 CI six-cylinder sedan with a “three-on-the-tree” looked like what it was commissioned for: use as a staff car.

It served its duty at the Depot until 1964. At that time, it was sold in a public auction to a local farmer who continued to use it f...