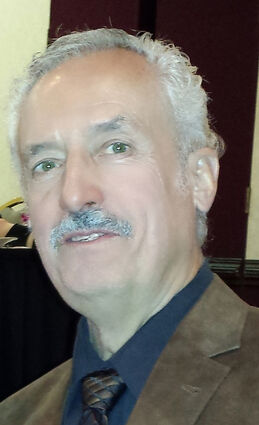 He was born July 18th 1944 in Rock Springs, Wyoming to the late Paul Preston Anthony and Bessie Margaret (Curtin) Anthony.

He graduated High School from Scottsbluff, Ne in 1962, then went on to serve his country in the United States Navy in San Diego, CA and Honolulu, HI as a submarine tender mechanic. After he finished his duty with the Navy he returned home and moved to Sidney, NE where he eventually opened Anthony’s Body Shop.

Our father met the love of his life, Geraldine Faye Fritzler in 1966 while he was working as an auto body technician in Sidney. They were then married August 27, 1967 at Immanuel Lutheran Church in Alliance, NE. Out of this union, they had two sons, Michael and David.

Dad loved taking a piece of scrap metal with four wheels under it and turn it into a Hot Rod, traveling to car shows, drinking coffee with his buddies at 10 am, yelling from the stands for his grandkids at sporting events, fixing a dent or buffing a car on a Saturday, walking the beaches in Mexico and trying to beat everyone at a board game or cards, (except Geri or his two Daughter in Laws).

He was proceeded in death by his loving wife Geraldine Anthony, parents Paul and Bessie Anthony, father and mother in-law Alex and Dorothy Fritzler.

“Put your troubles in the rearview, foot on the pedal, stay between the lines and cruise.”

A Car show of Life will be held Saturday, April 23rd, 1pm at the Sidney Elks Club. We invite family and friends to come celebrate Lorin. As we all know Lorin’s love for cars, please bring your car to display along with Lorin’s hot rods.

In lieu of flowers, the family suggests that memorials be made in his name for the St. Jude Children’s Research Hospital or Nebraska Angel of Hope-Sidney.