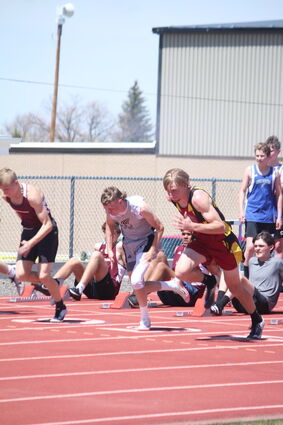 The Leyton boys placed second with 77.5 points, behind Laramie that placed first with 191 points and ahead of the Burns team that placed third with 75.5 points. The Leyton girl's team placed sixth with 39 points, with Laramie, Burns and Southeast placing first, second and third respectively.

Potter-Dix brought their teams to the meet, and the boy's squad placed eighth with 42 points and...