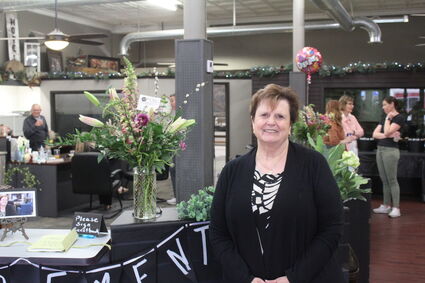 After over 30 years employed at KSID in Sidney, Lana Butts has decided to retire. Butts was born and raised in Sidney, and has been with the radio station since the 1980's. Butts also worked at the Sun-Telegraph, when it was known as The Daily Sun.

She graduated from Sidney High School, and went right into the workforce. She spent her first 10 years after school working in retail, mostly for Western Drug. Through her affiliation with the Jaycees, she applied for a secretarial job with KSID only to be told she was a much better match for a sales position. She started in the age of typing up ads with a typewriter and recorded reel-to-reel tapes, and adapted and mastered the changing technologies involved with media advertising up to the present day.

Butts plans on enjoying her retirement with her three children and ten grandchildren, all of whom live in Sidney. From trips to the Colorado mountains to enjoying time with the grand kids, Lana will be keeping herself busy in retirement.