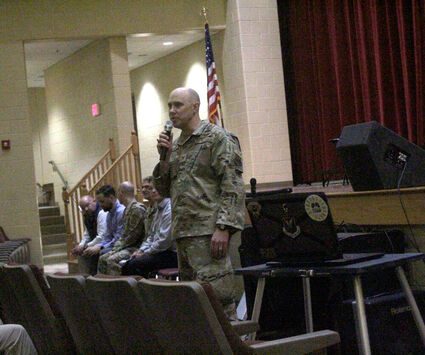 The United States missile defense system that dots the rural terrain north to Montana and North Dakota, including western Nebraska, and Colorado has been in the ground and at the ready for several years. Some of the systems have been in place since the 1960s.

The United States Air Force has decided now is the time to upgrade the system. The question is what that will mean for local residents.

The new system, the Ground Based Strategic Deterrent, named the Sentinel, is the Air Force's program to replace the Intercontinental Ballistic Missile system.

Officials are still in the research stage and final plans are still being made. What was said in the meeting is there will not be new silos. The Air Force will be upgrading existing silos.

The Ground Based Strategic Defense system was built in the 1970s with the Minute Man III.

“The system is old. Our airmen struggle to maintain it,” said Col. Deane Konowicz of the 90th Missile Wing.

The project could almost be compared to owning a used car. There comes a time when upgrading is more cost-effective than repair.

“We're designing it to last 50 years. We are not here to dig or add new sites,” he said.

This project is called a “once in every other generation project.”

The challenge now compared to when the system was first constructed is to rebuild the system while maintaining a state of readiness.

“Again, we are not digging new holes. We will reconstruct every single one. We're going to make these like new,” Col. Chris Stoppel, Air Force Civil Engineer Center.

The evening was opened to a question and answer period with landowners asking about procedures and possible impact on farmland. Officials were asked about the underground lines servicing wind generators, and the markers in fields. 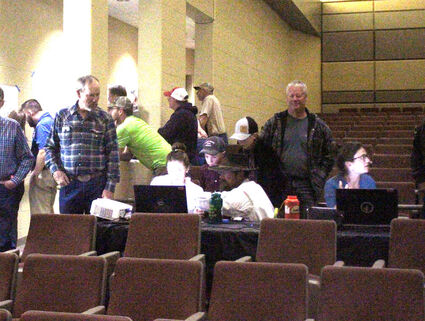 The Environmental Impact Statement says in the fall of 2020, the Air Force began preparing an Environmental Impact Statement (EIS) to analyze the potential effects on the human and natural environments from the deployment of the GBSD intercontinental ballistic missile (ICBM) system, and the decommissioning and disposal of the Minuteman III ICBM. The EIS says the Air Force sent more than 6,000 letters to property owners in November 2021.

Matt Dillow, the Northup representative said he has toured some of the former Cabela's buildings for use in the project; no decision has been made. He also said the project will attempt to use Defense Access Roads as much as possible, minimize impact on the county roads.

The project is not expected to trench any new underground lines, but run new lines parallel to existing cables. Underground lines will be buried three to eight feet deep.