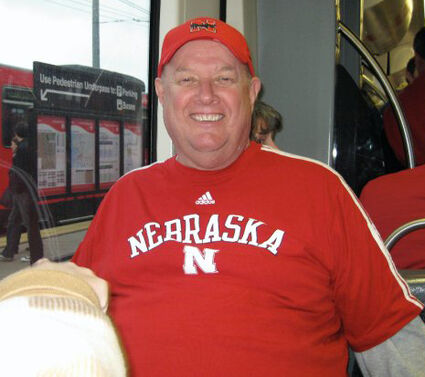 Dave was born August 3, 1946, in Sidney, Nebraska, to John and Margaret (Craig) Hinrichs. He graduated from Sidney High School in 1964 and went on to college at the University of Nebraska – Lincoln “Go Huskers!” While in high school, he ran track & cross-country and was an All-Conference basketball player. Most people don’t know that he also played trombone for the school band.

On August 17, 1968, David was united in marriage to Glynn Kay Olson. Shortly after planning a life on the West Coast, Dave was drafted into the US Army. Upon returning to civilian life, the couple lived in Santa Clarita, California, where they raised four children. The marriage ended in 1997.

He relocated to Lake Arrowhead, CA in the early 2000’s and remained there until he and Crystal Hall fell in love at which point, he moved to Chula Vista, CA where they started their life together.

Dave’s career spanned well over 30 years in the food, beverage, and supplement industries. He reached the title of VP of Operations with Pharmavite before leaving to do consulting work with his son.

In 2015 he then went on to assist Crystal with the consulting side of her business. He recently shifted gears to drive for Uber, but was forced to put on the brakes due to his health.

Dave’s joys in life were:

Driving to anywhere for anyone at any time.

Smoking meats on his Traeger

Hanging with his kids and, most of all, his grandchildren.

Dave’s family and lifelong friends have described him as humble, kind, unassuming, gentle, caring, witty and funny with a smile that would light up a room.

A celebration of life will be held at 2:00 PM, Sunday, May 22, 2022 at the Coronado VFW. 577 Orange Ave., Coronado, California. In lieu of flowers, the family is asking for donations to help with end-of-life expenses and the creation of a scholarship for a Sidney High School athlete. https://gofund.me/8d4fe384

David was preceded in death by: