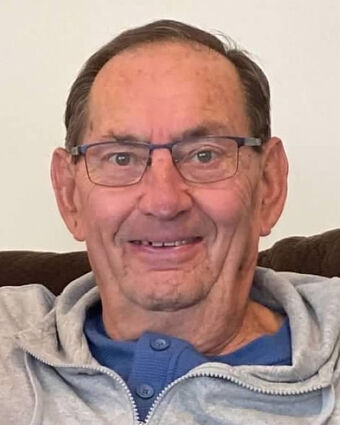 Monte D. Young, age 75, of rural Dalton, passed away in Bridgeport, NE on May 6, 2022, at Morrill County Community Hospital. Cremation has taken place. A private Celebration of Life will be held at a later date. Gehrig-Stitt Chapel and Cremation is in charge of the arrangements.

You may view Monte’s Book of Memories, leave condolences, photos and stories at http://www.gehrigstittchapel.com.

Monte was born on August 19, 1946, to Donald and Margaret (Reimers) Young in Dalton, NE. Monte grew up on the family farm west of Gurley. He attended Gurley Schools and graduated from Gurley High School in 1964. He then attended Scottsbluff Junior College for 2 years. He then returned to the family farm.

He married Susan Eddy on June 10, 1967. To this union were born 5 children. They raised their family on the farm west of Dalton. He farmed his entire life and loved it dearly. Monte loved planting the crops and tilling the fields, and especially loved wheat harvest. He served on the Dalton Volunteer Fire Department for 32 years. He also served on the Dalton Grain Elevator Board, the Cheyenne County 4-H Council and the St. Mary’s Church Council. Monte was the Assistant Scout Master of Troop 92 of Dalton. He truly enjoyed many years of camping at Laramie Peak with the boy scout troops.

Monte enjoyed many Sunday afternoon drives in his Corvette with Susan. He loved spending time with his family and filling their heads with many stories and his silly ‘dad jokes.’ He will be greatly missed by his family and friends.

Memorials may be made to the Davis Dye Memorial Scholarship or the Dalton Volunteer Fire Department.