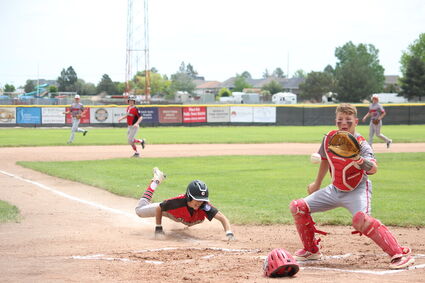 The Sidney American Legion Post 17 Senior team broke through on Saturday morning for their first win of the season, and dropped the third place game against Cheyenne Sunday afternoon to earn fourth place honors in the 2nd Annual Tyson Herrera Memorial Tournament in Sidney over the weekend. The Prairie View team defeated the Buckley “A” team in the championship game, 8-to-0, to take the tournament trophy.

The Sidney Seniors had a game against Platte Valley Companies team in Gering on Wednesday, June 1, prior to the tournament, and were again unable to gain much traction against their no...