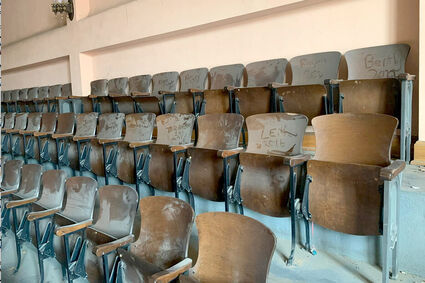 Have you ever heard someone say, "I don’t see your name on it?" Now is your chance to have your name on a seat at the Elks Theatre.

The Sidney Elks Lodge and Way Out West Theatre have joined efforts in raising $210,000 dollars for renovations for the theatre. Patrons will now be able to buy a brass plate with their name or dedication to be placed on the armrest of one of the balcony seats. The seats will start off at $250 and go up to $1,000, depending on the location of the seat. 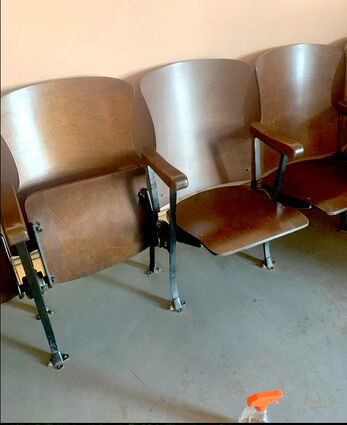 The renovation that will start in the fall of 2023 will include the removal of the ceiling in the auditorium to expose the 400 seats in the balcony. But there is a mystery unfolding. In the south corner of the balcony there are 18 seats missing. No one quite knows when they went missing or why they went missing. The groups are looking for any information on these seats’ whereabouts in time for the reopening in 2025.

The land at 1040 Jackson Street was purchased in April of 1929, the same year as the beginning of the Great Depression. The City Auditorium was built in 1930, came in under budget at $35,000 and was paid for in cash. Performers such as Duke Ellington, Lawrence Welk and the Ted Weems Band featuring Perry Como performed on the stage of the Auditorium. The building is now owned by the Sidney Elks Lodge No. 1894.

The groups have currently raised $30,252 and are needing donations to meet their goal of the $210,000. They are also needing the mystery of the missing seats solved. If you have any information, please contact The Sidney Elks Lodge No. 1894 or Way Out West Theatre.