Corn Can Provide Food and Fuel without Sacrificing Either 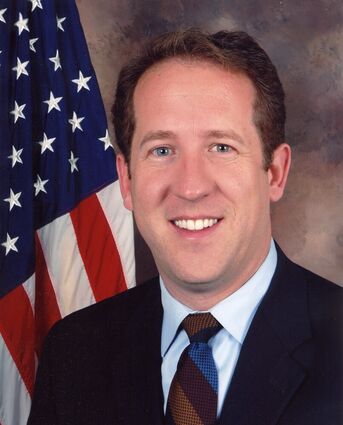 As our nation celebrates Independence Day, the grocery bill for cookouts and picnics is hitting the budgets of American families harder this year.

The American Farm Bureau Federation calculated U.S. consumers are paying 17 percent more for standard Fourth of July fixings than last year. Furthermore, soaring gas prices are limiting summer vacation plans and travel. It’s not just holiday expenses: American families are feeling the pain caused by the Biden administration’s failed policies every single day. Costs are up across the board.

We need a comprehensive plan to lower costs for families, maximize our domestic resources, and combat a looming recession.

As consumers face steep increases in food and fuel costs, ethanol production must be part of an all-of-the-above energy strategy to lower costs. One common misconception is that utilizing corn for food or fuel comes at the expense of the other. Perhaps that was once the case, but with today’s technology you can have both food AND fuel.

Ethanol’s production process remarkably results in a host of useful byproducts which can contribute to a variety of other sectors of the economy – including the food supply chain.

My recent visit to the POET biofuels facility near Fairmont, NE provided a glimpse into this process. While utilizing field corn, not sweet corn, for ethanol, POET takes the remainder of corn kernels and converts them into the 4th largest source of grain-based livestock feed in the world in dried distillers grains (DDGs). Additionally, this highly efficient process captures CO2 for commercial use in soft drinks, other high-protein livestock feed, and even a product used in asphalt rejuvenation.

While some would claim the development of ethanol has decreased supply of agriculture food products, in fact, the opposite is true.

According to a 2021 United States Department of Agriculture report, the number of corn acres planted in the United States has not increased since 2007. 2007 was the first year the Renewable Fuel Standard was implemented—all while yields have increased. As farmers today grow five times the amount of corn produced in the 1930s using one-fifth the land area for planting, many signs point to continued innovation and increased efficiency.

American farmers continue to lead the world with their resourcefulness, dedication, and productivity; they have earned our trust and support. Instead of blaming Russia’s war on Ukraine for rising costs, President Biden could alleviate families’ pain at the pump by unshackling petroleum production and allowing agriculture producers to help fill the gap. They can, after all, feed and fuel the world at the same time. Look no further than an ear of corn for proof.