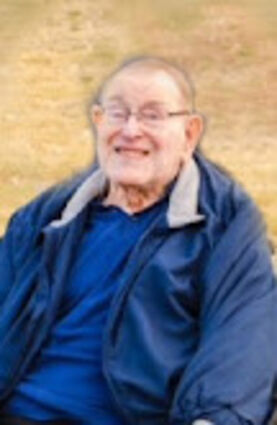 Visitation will begin at 9:30 am and recital of Rosary will begin at 10:00 am and a Moose Memorial Service on Wednesday, July 20, 2022 and Mass of Christian Burial will be at 10:30 a.m. at St. Therese the Little Flower Catholic Church in Rapid City with Fr. Kerry Prendiville officiating. Burial will be in his hometown of Potter, Nebraska on Thursday, July 21, 2022 at 11:00 am at the Potter Community Cemetery.

You may view Kenneth’s Book of Memories, leave condolences, photos and stories at http://www.gehrigstittchapel.com.

Osheim & Schmidt Funeral Home and Gehrig-Stitt Chapel & Cremation Service, LLC are in charge of Kenneth’s care and funeral arrangements. Memorials are suggested to the Potter Museum or the Potter Library Foundation.

Kenneth was born January 4, 1939 in Potter, Nebraska, son of Henry and Theresia (Grothe) Grothe. Kenneth was the youngest of nine children. He attended St. Patrick’s Catholic Elementary School and Potter High School, graduating in 1958. On June 27, 1959 he was united in marriage to the love of his life, Carol Jean Andersen at St. Patrick’s Catholic Church in Sidney, Nebraska and raised four children. They recently celebrated their 63rd wedding anniversary. Kenneth and Carol Jean lived in various locations, including Nebraska, Wyoming, Colorado, and Illinois, spending the last 15 years in Rapid City, South Dakota.

To all who knew Kenneth, he was the epitome of a working man. He worked various careers throughout his life, including well drilling, ranching, custodian, apartment manager, and handyman. His longest and most rewarding career was owning and operating Ken-Gro Tree Service, performing work for Rural Electric companies for 15 years.

After retiring he loved to volunteer, most rewarding was helping kindergartners learn to read at St. Elizabeth Seton for over 10 years and greeting visitors at the local Outdoor Campus for 5 years. He was an active member of the Loyal Order of the Moose Lodge #1137 and the Moose Legion #39 for 12 years. In addition, he actively participated in the Knights of Columbus and was a member of the Elks Lodge in Sidney, Nebraska.

While Kenneth enjoyed a myriad of activities, including dancing and fishing, he most loved spending time with his wife, children, grandchildren and great grandchildren who brought him great joy.