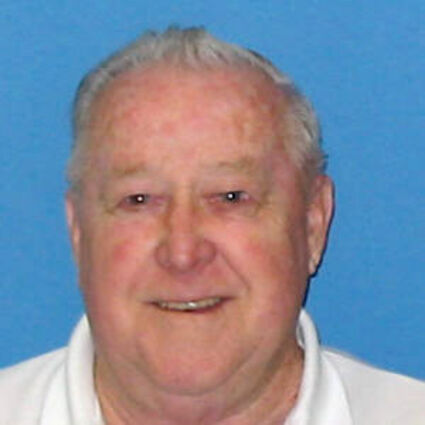 A private family service with full Military Honors will be held at a later date. Friends may stop at Gehrig-Stitt Chapel on Thursday, July 21 from 1-6:00 P.M. and leave condolences for the family. Memorials can be made in Bill’s name to the St Patrick’s Church Organ Fund or to Infinite Hero, 22365 El Toro Rd #275, Lake Forest, CA.

You may view Bill’s Book of Memories, leave condolences, photos and stories at http://www.gehrigstittchapel.com.

William Richard Howe was the second of six children born to Emmett Richard and Mable Sarah (Green) Howe on December 5, 1930, in Valentine, Nebraska. While driving for May Trucking and before enlisting in the army, Bill met his future wife, Doris Case, whom he shared 70 years with. They were married June 30, 1952. He then left for Landstuhl, Germany where he drove ambulance for the US Army. After his discharge, they moved to Alliance, Nebraska where he drove for Harold Johnson Trucking. When the company expanded, Bill moved to Sidney, Nebraska where they raised their family. He became Terminal Supervisor for Continental Oil Company (Conoco), later transferred to Fountain, Colorado and resided in Colorado Springs, Colorado.

Having received two “Driver of the Month” awards, he then attained the top honor in June of 1985 when he was inducted into Conoco’s Million Mile Club in San Francisco, CA for driving 1,000,000 miles accident free. After retiring, he and Doris moved back to Sidney where he was employed as the Safety Director at Adams Industries. Bill was a member of the Knights of Columbus, VFW, American Legion, and BPO Elks. He was also a past president of the National Bullshippers of the USA where he assisted the BPO Does.