Closed Church Opens as 'The Church' 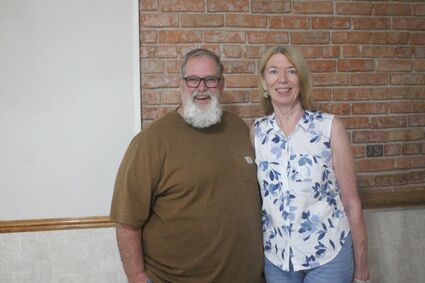 He can tell a person of how rough life has been. She can share personal experiences of how all that glitters is not gold.

They will also without second thought tell how life is more than the struggles, and there is a way above the dark of midnight.

At 940 13th St., in Sidney stands a church building that had been occupied by the First Christian Church. The church closed and has remained vacant until recently when it was purchased by Mike and Christel Anderson. The Andersons are reopening the location as “The Church.”

The Anderson are from California, and have first-hand accounts of wildfire's impact. They found their way to Sidney in a roundabout sense related to the fires. A recent fire devastated their home and their hometown. A formerly thriving mountain town looked like a collection of markers at a cemetery. One of Mike Anderson's passions is cars, race cars. He was on his way to Chicago, Illinois, when he stopped in Sidney, and made his way downtown where he saw the church and contacted realtor Steve Wolff.

Their goal is not to compete with existing churches, but to be an open door to people seeking the truth.

Anderson is familiar with the rough side of society; growing up with a drug-addict mother, four DUIs by his 27th birthday and serving time in prison sounds depressing. For Mike Anderson, it was the platform for change.

He was given a bible while in prison. A pastor in the prison often came to his cell to talk to him “to convert me,” he said. He said during his time in prison, he promised to go to church when released. In 1993, at about 3 a.m., he heard a voice remind him of his promise, and was told to go to church. He went to a nearby church the next Sunday morning, and followed the invitation to pray. He said he looked up to see all heaven rejoice. 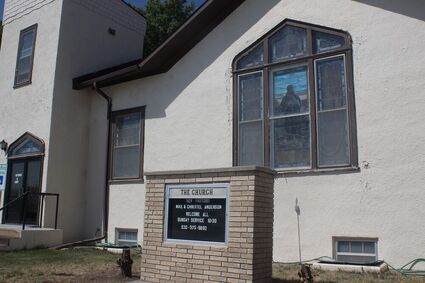 From that point, he went into the ministry. He and his wife Christel attended a bible college and have kept busy in ministry since. He has worked as a youth pastor, in the Billy Graham crusades and has pastored churches.

Mike and Christel met at a clinic she was working in as a nurse. She retired from 44 years as a nurse a few months before moving to Sidney. Her role in the new church is still taking shape, she says. They left California following the fire with minimal clothes, and no more.

“The Church” is nondenominational, has no ties with mainstream denominations.

“I'm not here for church hoppers. I'm here to teach the word of God to those who are hungry,” he said.

The Church is in a remodel and upgrade stage. The Andersons names are on the marquee and a new sign is in the works. Services are at 10:30 a.m. Sunday.