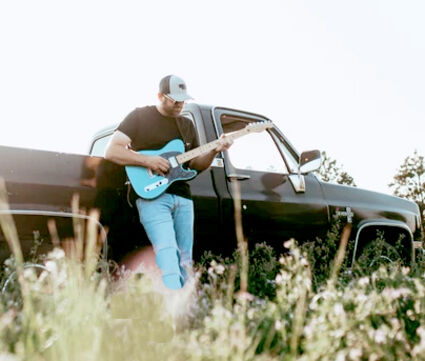 The third in a series of concerts is scheduled for 6 p.m. Friday, Aug. 5, at Hickory Street Square.

Nebraska native Nate Keim will be closing the Downtown Sounds series with his sounds of the country life.

As with the two previous concerts, the concert will include food and drink vendors.

Keim is known as a developing independent artist and songwriter from the heart of Nebraska. He is the youngest of five siblings who “was surrounded by music in every direction, so entering the music world seemed to be second nature,” he said in his website bio.

At the age of 12, he convinced his parents to purchase his first guitar. Following the high school years filled with sports, and music on the side, he began focusing more on the music, especially in the Country and Americana genres. He focused on finding unique ways to combine sounds and musical techniques.

He is currently working on new music to share with his fans.

Keim finishes the three-concert series that started with Luke Mills Music and Dylan Bloom band on Friday, June 10, then Rascal Martinez on July 8.