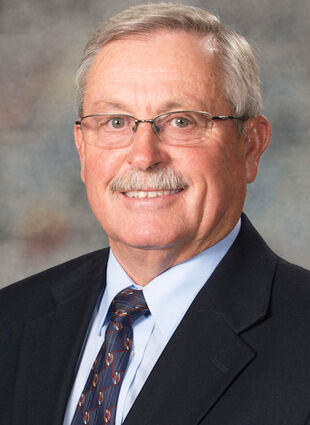 The role of religion in our public schools has taken center stage once again. In June the U.S. Supreme Court ruled that Joseph Kennedy, a football coach in Bremerton, Washington, had a constitutional right to pray with his players on the 50-yard line after high school football games.

Coach Kennedy had been fired from his coaching job for doing this very thing under the rationale that he was imposing his religious beliefs on the players, but our nation’s highest court disagreed.

The U.S. Supreme Court made the right decision, so today I would like to tell you why they made the right decision. The job of a U.S. Supreme Court justice is to interpret the U.S. Constitution; it is not to make new laws or to make decisions based upon what they think might be the best policy for American society. Interpretation is governed by the original intentions of the author(s), so the high court did the right thing by honoring the original intentions of our Founding Fathers in regards to the First Amendment.

Back in 1995 the Clinton Administration had published a document entitled, “The Memorandum on Religious Expression in Public Schools.” That document set the standard for the next 27 years and it said that “Teachers and school administrators should ensure that no student is in any way coerced to participate in religious activity.” But, Coach Kennedy never made participation in prayer a compulsory part of his football program.

The Memorandum on Religious Expression in Public Schools was not written by any Supreme Court justices; instead, it reflects the opinion of William Jefferson Clinton, the 42nd president of the United States. While many Americans may agree with the former president’s stance on the issue, his view does not reflect the original intention of the Founding Fathers when the First Amendment was written, debated, and passed in Congress.

Our Founding Fathers expected religion to be taught in our nation’s schools. For example, Fischer Ames of Massachusetts, a man who beat out Samuel Adams to serve in the First United States Congress, provided the original wording for the First Amendment when it was debated in Congress on August 20, 1789. Exactly one month later, on September 20, 1789 Fisher Ames published an article on the subject of educating children in our public schools in Palladium magazine. In that article he said, “We are spending less time in the classroom on the Bible, which should be the principal text in our schools.” So, Fischer Ames believed that school children should be taught the Bible. He never imagined that the First Amendment would someday be used to prevent teachers from teaching the Bible or praying with students in our public schools.

The First Amendment was written for the purpose of keeping the federal government from establishing a state religion, to prohibit government officials from interfering in the affairs of churches, and to protect each individual’s right to worship God freely, but it was never intended to silence Christians in the public square, including public schools. To the contrary, when teachers, administrators and coaches are silenced in the public schools, such a policy effectually becomes an endorsement of no-religion, atheism, or secular humanism, all of which have been deemed religions by the high court.

The Nebraska State Constitution promotes the teaching of religion in the public schools. Article 1, Section 4 of the Nebraska State Constitution is devoted to the subject of religious freedom. That section ends with these words, “Religion, morality and knowledge…being essential to good government, it shall be the duty of the Legislature to pass suitable laws…and to encourage schools and the means of instruction.” In other words, without faith, morality and knowledge there is no basis for law.

This idea came from our Founding Fathers. For example, John Adams, who became our nation’s first vice president as well as our nation’s second president, said that “Our Constitution was made only for a moral and religious people; it is wholly inadequate to the government of any other.” So, an important part of an American education includes the teaching that our nation was specifically designed for a moral and religious people.