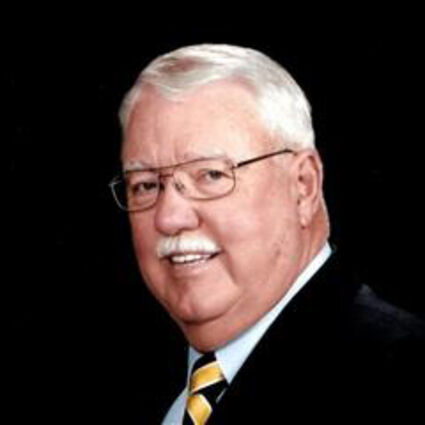 Gary was born in Sidney, NE, on June 25, 1946, to Lloyd and Geraldine (Cruise) Talich. He grew up on a farm north of Sidney and attended school at District #77 and Sidney Jr. High and High School, graduating in 1964. He was active in 4-H, Order of DeMolay, sports, and band. Gary went on to graduate from The University of Wyoming in 1968 with a degree in Agronomy.

Gary married his high school sweetheart, Sharon Benzel, in 1966, and they were blessed with two children, Renee and Lance. They celebrated 56 years together. Upon graduation from UW, Gary took a job with Del Monte Foods in Burley, ID. In order to be nearer to family, an employment change brought Gary and Sharon back to McCook, NE, in 1976, where Gary worked for NC+ Hybrids. The family moved to Grant in 1983, where friends helped to fulfill Gary’s long-time goal of being a farmer. When Mother Nature decided he was no longer going to be a farmer; Gary relied on his education and experience and went on to work as a sales agronomist for Wendell’s Fertilizer, Cenex, and Grant Coop. In 2001, Gary was offered the position of Fertilizer Plant Manager for Ag Valley Coop, and they moved to Curtis, NE. In 2006 they returned to Grant, where Gary was Branch Manager for Frenchman Valley Coop, retiring in 2015.

Gary loved the outdoors; his favorite time was being with his wife, children, and grandchildren while camped on the beach. Gary spent many hours on the water fishing, boating, and water skiing and was always available to teach kids how to ski. He got great pleasure in tending his crops and, in later years, his lawn and garden. Gary liked to work with his hands and liked carpentry. In his life, he put an addition on their house in McCook, did finish work on a new home, and remodeled a good share of their house in Grant.

Gary was a lifelong member of the United Methodist Church, serving on many committees. He served on the Perkins County High School Board and the Grant Schools Board. He was a member of the Grant Lions Club and a Master Mason.

Gary was preceded in death by his parents and younger sister, Suzanne (Talich) Solano.

Survivors include his wife, Sharon, daughter, Renee (Sam) Seiler of Grant, son Lance (Shannon) Talich of Holyoke, CO, grandchildren, Austin and Aryn Seiler, Brandon and Mackenzie Talich, brother Larry (Wanda) of Sidney, along with many other relatives and friends.

A memorial has been established in Gary’s memory for later designation. Condolences may be shared at bullock log funeral home.com, where the funeral will be streamed live.

Services will be held on Saturday, August 20, 2022, at 10:30 am at the Grant United Methodist Church, with Pastor Ceciliah Igweta officiating. Interment will be in the Grant Fairview Cemetery.

Visitation will be on Friday, from 2 pm until 6 pm, at the Bullock-Long Funeral Home in Grant.

Bullock-Long Funeral Home is in charge of arrangements.