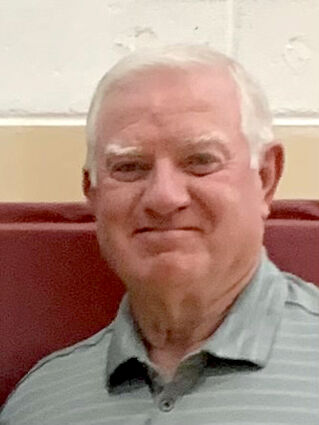 Jack Eugene Taylor, age 70, of Lodgepole, passed away peacefully at this home, with family present, on Friday afternoon, August 19, 2022. Services will be held at 10:00 A.M. Thursday, August 25, 2022 at First United Methodist Church in Sidney. Interment will be in Pleasant View Cemetery in Lodgepole, NE. In lieu of flowers, the family requests that memorials can be sent to PO Box 37, Lodgepole, NE 69149, for either the Night of Hope Walk for Cancer and/or the Sidney Elks Lodge #1894 Scholarship fund. Services will be recorded and available on our website for viewing.

Friends may stop at the Gehrig-Stitt Event Center on Wednesday from 1-6:00 P.M. and leave condolences for the family.

You may view Jack’s Book of Memories, leave condolences, photos and stories at http://www.gehrigstittchapel.com. Gehrig-Stitt Chapel & Cremation Service, LLC is in charge of Jack’s care and funeral arrangements.

Jack was born on June 30, 1952, to L Roy and Ila Jean Taylor in Sutherland, NE. The family eventually settled in Lodgepole where he attended and graduated Lodgepole High School. He married Gloria Quinn on June 20, 1971, in Lodgepole. Two children were born to this union, Bill, and Kalee. He later married Debra Frerichs-Stuart on September 18, 1993, in Sidney. They lived in Lodgepole and enjoyed 28 years of blissful marriage.

Jack worked different jobs, mainly in the grain industry, retiring from Crossroads Coop in 2017. Until retirement he loved working in the farming communities he served. Every Christmas he hosted a dinner for the area farmers out of his own pocket. He volunteered in the Sidney Elks Lodge for 13 years where he most recently served as Trustee. He was always worried about serving others instead of himself, especially kids. He was known by many as having a big heart.

Jack also enjoyed hunting, fishing, and being outdoors, and spending time with family especially his grandkids, nieces, and nephews.

He was preceded in death by his parents L Roy and Ila Jean, sister Sandy Taylor, brother Dale Taylor, and many other family members.