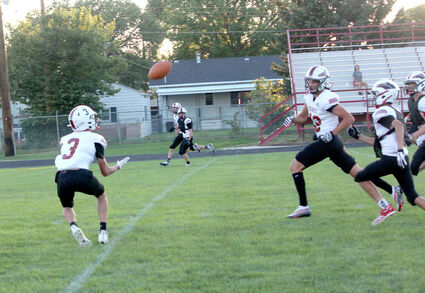 The opening of the 2022-23 school year means the return of Fall Sports, and the Sidney Red Raider Cross Country, Volleyball and Football teams will be challenged this week as they start their seasons.

On Thursday August 25, the Red Raider Cross Country team travels to Scottsbluff for their first competition of the new season, with the Girl's team looking for a quick start as they defend their State Title, and the Boy's team also looks for a strong start as they try to improve from Runner's Up last year to State Title winners.

Head Coach Donna Wiedeburg has had her team working out and running all summer, and they will be prepared for competitors looking to knock off the top Cross Country team in Western Nebraska.

Also on Thursday, the Lady Raider Volleyball team returns, looking for another trip to the State Tournament, and they start their season by hosting an always competitive Sterling Lady Tiger team. Sterling finished last year with an outstanding record of 22-and-8 in the very competitive 3A Patriot League and will challenge the Lady Raiders. Sidney Head Coach Julie Smith and her coaches have worked hard over the summer to get their team ready to go, and will rely on returning seniors Reese Riddle, Gabrielle Fortner and Rheagan Stanley to lead the team. Sidney has a deep bench and look for emerging freshman and sophomore standouts to have an impact on this year's team, and improve on last year's 21-and-15 record. 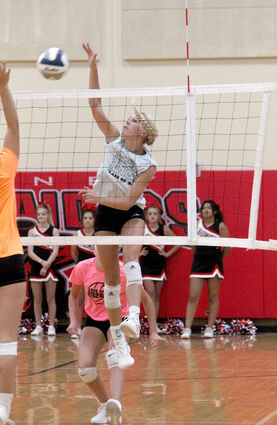 Friday night starts the season for the Red Raider Football team, and they open at home against the Holdrege Dusters, a team that struggled last year with a 2-and-7 record. However, one of those wins was a convincing 21-to-12 victory over the Red Raiders in Sidney, so the Sidney boys need to be at their best in their home opener. Sidney looks to build on last year's 2-and-7 record, and needs to improve on their passing game. Junior Isak Doty will return as quarterback, and hopefully will have more success passing the ball this season to make the Red Raider offense more dynamic and explosive.

Head Coach Ryan Smith is in his first year at the helm of the Red Raiders, but brings 25 years of coaching experience and was named Huskerland Prep's Coach of the Year two times in Class C2, in 2010 and in 2012. Look for the Red Raiders to lean on a solid inside running game and take advantage of their tall and speedy receivers to increase their scoring output from last year.