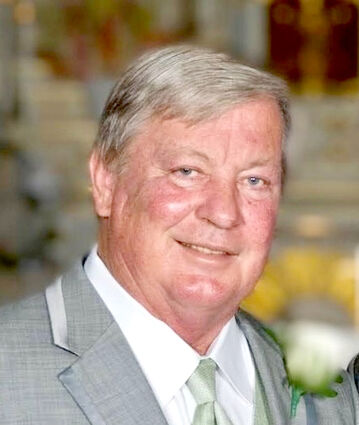 Michael Jay Watson, age 73, of Sidney, passed away peacefully throughout the night at Poudre Valley Hospital in Fort Collins on Monday, August 22, 2022. Services are pending and will be announced when available.

You may view Mike’s Book of Memories, leave condolences, photos and stories at http://www.gehrigstittchapel.com.

Michael Jay Watson was born in Hobbs, New Mexico on February 23rd, 1949 to J.D. and Grace (Parks) Watson. Mike graduated from Sidney High School in 1967. Following high school, he enlisted in the US Navy where he served two years as a Signalman. In his time there, he lost the tip of his finger to a hatch door on his Naval Ship and encountered a sunburn so bad that he was charged by the US Marshals for destruction of US Property. He attended the University of Houston for a brief time before deciding to move back to Sidney, NE. Mike was married to Cecilia (Bauerkemper) Watson in his final 12 years of life.

Throughout Mike’s career, he held a variety of professions including Insurance sales, spending time as a co-owner and operator of a Motel and RV park, and time in car sales, before landing in his primary profession within Cabela’s as the Risk Manager. Mike worked at Cabela’s for over 20 years, retiring in 2012.

Mike enjoyed playing softball on traveling teams early in life and shared his love of baseball with his kids by helping coach little league. He raised his children to be passionate in what they believed, and to be strong and independent. He had a lifelong enjoyment for the game of Golf, along with spending time with his close friends and family. Even up to his final days Mike relished completing a good crossword puzzle.