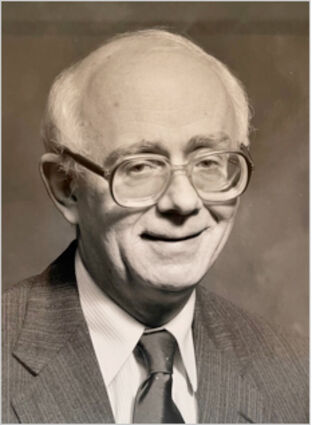 Lance Richard Barker died on Tuesday, August 9, 2022 after a long struggle with Parkinson’s disease. Despite this disease, he had a full and rich life

He was born March 29, 1938 in Sidney, Nebraska. His parents, Ross and Doris Barker, had him baptized on Palm Sunday of that year in the Light Memorial Presbyterian Church where he was confirmed in 1950 and where in 1969 he was ordained into the Ministry of Word and Sacrament of the Presbyterian Church. He attributed his life-long interest in theology to the open mindedness of his Sunday school teachers and to the encouragement of his public school teachers to pursue a life of teaching and research.

Lance was a graduate of Sidney High School in 1956 and from the University of Wyoming in 1960, where he was selected to be a member of Phi Beta Kappa. In 1964 he graduated from San Francisco Theological Seminary where he was awarded the faculty fellowship to engage in further study. While at the seminary, he was Research Assistant to Dr. Robert Lee.

Together the two of them researched and put together the Directory of Centers for The Study of Society, a hand-book that was a great help not only to ministers, but also teachers, civic leaders, persons in business, governmental agencies, librarians, and researchers. Lance did further study at the Divinity School at the University of Chicago where he was awarded a PhD in 1976.

In the year 1970 Lance joined the faculty at the United Theological Seminary of the Twin Cities in New Brighton, MN as a Doctoral Student/Teacher. His dissertation was titled: A Study of the Detroit Industrial Mission upon Five Selected Areas of Detroit Industry and Labor: 1964 —1968.

From 1976 to his retirement in 2000 Lance taught at United Seminary as a full professor, and directed several nationally funded research projects focusing on rural congregations in the upper Midwest. At United he was the first person to be appointed to an endowed faculty chair: the Schilling Professor of Church and Economic Life.

Dr. Cindi Beth Johnson, of United, sent along comments from former students of Lance and professors after informing them of Lance’s death: “A teacher with many gifts, Lance cared deeply about the importance of field education programs. He faithfully supported students and their supervisors in their placements, building a better context for learning….he mentored countless students, influencing not only those in the classroom but also in the communities they served. Reflecting on his death, alums talked about Lance as a favorite professor; a wise and gentle soul,; interesting, interested, and helpful.”

Much of Lance’s research at United was dedicated to new forms of field education ministry programs relevant to rural ministry in the five state region the seminary served. His sabbatical work with Professor, Dr. B. Edmon Martin, brought him great joy. Together they visited rural churches across the United States and parts of Canada, studying alternative forms of ministry to these rural church, their wives often accompanying them. Lance also had a deep interest in theological education globally. He supported international students and traveled to seminaries in Costa Rica, Columbia, and Argentina. He and his wife, Gail, travelled to Romania supporting a young pastor and his wife in a rural church outside of Cluj-Napoca. In 1999, he and Gail attended the World Council of Churches Assembly in Zimbabwe, making contact with a former student in that country.

Lance co-edited Abundant Harvest, Essays on Rural Life and Ministry in Honor of Dean and Elsie Freudenberger, with Victor Klimoski in 2002. Lance and Ed Martin co-authored a book entitled Multiple Paths to Ministry: New Models for Theological Education, published in 2004.

In 1995, Lance and Gail Gullen Smith were married following the deaths in 1993 of their spouses, Susan N. Blons and R’Dean L. Smith. Lance and Gail were active members at First Presbyterian Church in South St. Paul, where Gail served as Director of Children’s Ministries. Following his retirement in 2000, Lance and Gail moved to their lake home near Crosby, Minnesota. In 2006, they decided to move to Green Valley, Arizona where they have enjoyed friends, travelled, and shared in the ministry of Valley Presbyterian Church.

The blessings of joining together families are evident in the complexity and richness of life. Lance is survived by his wife, Gail, and her children Mark Fitzsimmons and spouse, Jane Fontana; Karen Chung and spouse Dr. Mark Chung; stepson the Reverend Adam Blons and spouse Megan Voorhees; and by grandchildren Lucy Chung, Satya Voorhees Blons, and Isa Voorhees Blons.

A celebration of Lance’s life will be held at Valley Presbyterian Church in Green Valley, AZ on Saturday, September 3rd at 2 pm (Mountain Standard Time). For those who are not able to attend in person, please go to valleypresbyterian.net for information about joining via Livestream.