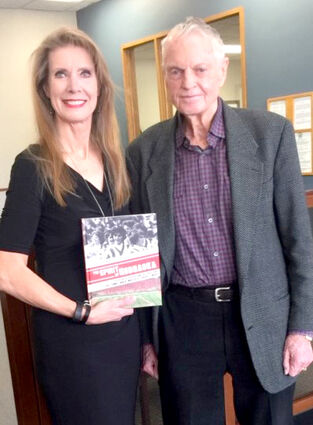 In Nebraska, there's “Big Red” and there's everyone else. But how many fans know the history of the color, or the mascot?

The cliché “it takes one to know one” almost applies in this account. A former cheerleader from the University of Nebraska-Lincoln researched how the fervor of Big Red and the Husker mascot came to be. Debra Kleve White attended UNL from 1976 to 1980, graduating with a degree in fashion merchandising.

She also spent some time on the cheerleading squad, which inspired her to research the history of game day.

Her book is called “The Spirit of Nebraska. A History of Husker Game Day Traditions/The Tunnel Walk, Mascots, Cheer and More.” The book is a collection of 154 pictures in 11 chapters.

The book includes a chapter on the history of football, how it started. She also writes about school colors, yells, songs and mascots.

She also has the honor of the book's foreward written by retired Husker football coach Tom Osborne.

The book is a project she didn't fully expect until she started the research.

“It really started because I was on the cheerleader squad,” she said.

She added that years later, she felt fortunate for the opportunity to be on the cheerleading squad.

The book talks some on the general history of football; however, the majority of her work focuses on the Husker experience.

Her research started as an effort to give back after her time cheerleading at UNL. She discovered Husker cheerleading started in 1903.

“When I started, I found out the next year was the 100th anniversary (of UNL's cheerleading),” she said.

She planned a celebration of the century mark. 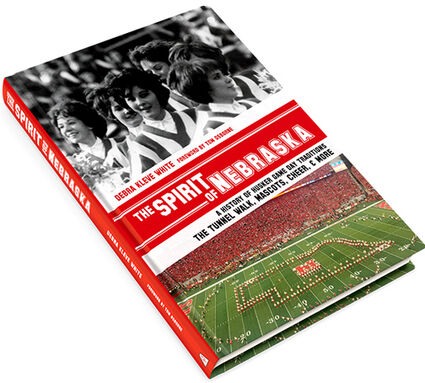 She shared some history of Nebraska's husker and its college colors. She said in the early days, the state team were called the Nebraska Old Gold Knights because the team colors included old gold.

That changed as time went on. Nebraska was motivated to change its uniforms when they shared the field with a competing team wearing the same colors. The college's first football season was 1890. By 1895, the colors changed to scarlet and cream, White said.

To add to the season of change, the sports writers of the time would randomly assign a character to a team; sometimes they would stick, frequently they didn't. None of the mascots were adopted by Nebraska fans until Charles “Cy” Sherman thought of the Cornhusker.

White will be sharing her book at the Sidney Public Library at 7 p.m., Tuesday, Sept. 20.