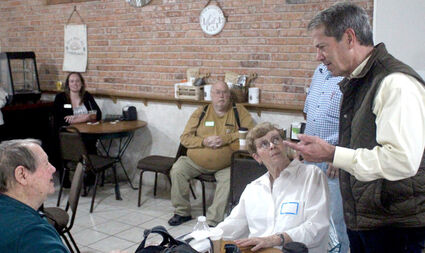 “It's about our kids,” Pillen said regarding his motivation for seeking the governorship.

Pillen has been married 43 years and he and his wife have four children. He grew up in Platte County and graduated from Lakeview High School. He grew up raising pigs with his father, Dale.

We learned about faith, family and the value of hard work,” he said about his upbringing.

He said government should be fiscally conservative. He frequently said Nebraska needs to be frugal, but a...