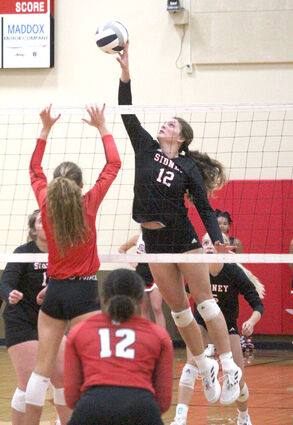 Sidney’s Lady Raider Volleyball team improved their record to 19-and-5 on the season, racking up five more wins against two losses over the week.

The week started on Tuesday for the Lady Raiders as they hosted Scottsbluff. The Sidney girls swept their Scottsbluff counterparts in three sets, 25-to-19, 25-to-19 and 25-to-23. Junior Chloe Ahrens led the offense with 12 kills in the victory.

Sidney then traveled north for the Twin Cities Invitational Tournament, and defeated Gering in the third-place match to take third place for the second year in a row.