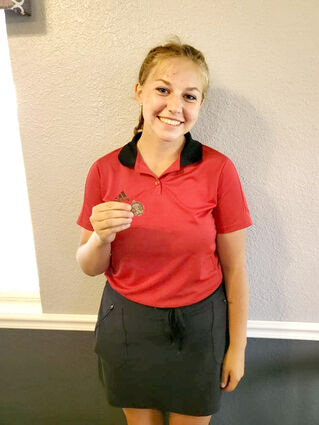 Sidney’s Lady Raider Golf team traveled to Crandell Creek Golf Course in Ogallala for the B-4 District Tournament on Monday, October 3, and senior Aubree Larson shot a 95 to represent Sidney at the State Tournament in Gering on October 10 and 11.

Larson is Sidney’s only qualifier, and will head up to Monument Shadows Golf Course for the two-day tournament next week.