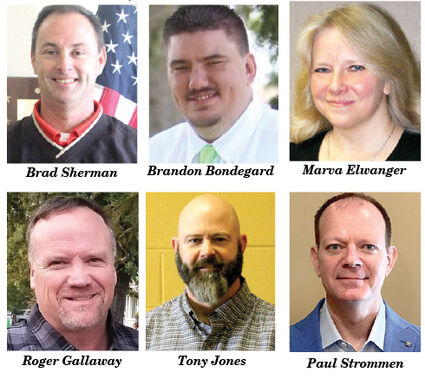 Voters will have a full list of hopefuls on the ballot for Sidney City Council.

The council is designed with four seats including the mayor, and there will be six names on the ballot. However, Tony Jones, one of the five vying for a four-year seat, has withdrawn his name from the race. Jones said in a telephone call with the Sun-Telegraph he was offered a position outside of Sidney.

The decision occurred after the deadline for the ballot. He said he contacted Cheyenne County Clerk Beth Fiegenschuh as soon as he could. His name is on the ballot but he will not be accepting the position.

Thank you for this timely information on our local candidates. It will be much better to make an informed decision rather than just picking a name.