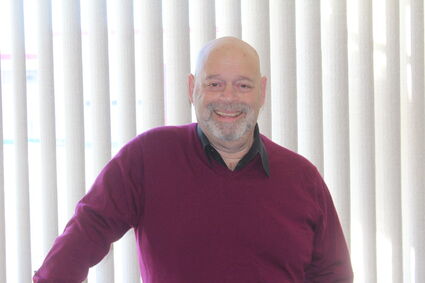 For decades, Sidney was synonymous with Cabela's.

In many ways, it still is as the flagship store is located right along Interstate 80. Following the merger with Bass Pro Shops and the relocation of its corporate offices, the city was left with only one option: forge a new identity.

Now, three years later, Jeff Klare aims to do just that. Recently hired as the Economic Development Director for the City of Sidney, Klare brings with him experience from both the private and public sectors. He and his wife have owned several businesses over the years. He's also served as the Chairman of Vocational Education for the state of New York, served on President Bill Clinton's Committee on the Employment of People with Disabilities and was a member of the workforce investment board.

Some may wonder why somebody with that much experience came to Sidney. For that, people can thank Klare's wife.

"My wife is originally from North Dakota, from a small-town about this size called Valley City, and we said when we were going to move on from or sell our businesses in Georgia we would relocate to Middle America," said Klare. "I saw this position and we went for it and here we are."

At the time of his interview with the Sidney Sun-Telegraph, Klare had only been on the job for eight days. In that time, however, he has already become enamored with the Nebraska Panhandle city.

"This is what America's supposed to be like. It's family, it's honesty. When you meet people, they tell you the truth. The leadership here, they're not politicians," said Klare. "They're people who care and that's really what brought me here is the sense of belonging."

That sense of belonging, said Klare, is what will help Sidney find its new identity in a post-Cabela's and post-COVID economy.

"From a simple perspective, Sidney has survived COVID, it survived Cabela's merger with Bass Pro Shops," said Klare. "With that being said, it's now creating a new identity and that's why I came because I think I can help create that."

Klare admits he can't do it alone, though.

"Sidney has to be a destination and it's going to take all members of the community to make other people realize that's what this is," said Klare "To bring small business owners, entrepreneurs, retirees, veterans to Sidney we have to open our arms and put the welcome mat out."

The new economic development director said he believes Sidney has already started on that journey, which is exactly what brought him and his wife to the area. He said they are "110 percent" an example of what the city can bring by laying out its welcome mat to others.