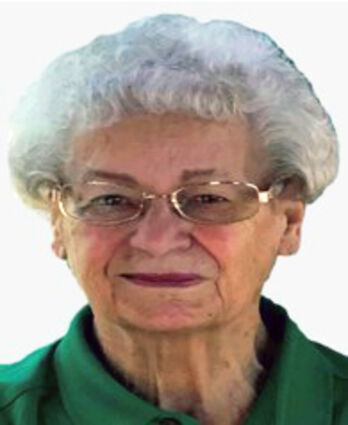 Gloria Theresa Girardi Heeg passed into eternal life surrounded by family on Monday, December 12, 2022, after an unexpected medical event. She was 86 years young.

Gloria was born in Atwood, CO on February 4, 1936 to her parents, Egidio "Happy" Girardi, and Romilda "Roma" (Rizzolo) Girardi. She was very proud of her Italian immigrant parents and her siblings, sister--Ginny Cass, and two brothers-Egidio "Bennie" and Louis. She was raised in a one parent home after losing her father at an early age in a tragic accident. She graduated from Sterling High School and spent her early career with Security State Bank.

Gloria met Vince (her Prince Charming) at a skating event in Peetz CO. They were married on August 29, 1959 and for the next sixty-three years she dedicated her life to raising their family. Their life together started in Littleton, Colorado with the Martin Company, until an opportunity arose in Kimball and they were off on a new adventure. Theirs was a true partnership as Gloria kept the home fires burning, worked the accounting and the banking for each business, and was the "creative director" while Vince focused on developing the businesses.

Gloria was an amazing mother, 100% dedicated to her family. She was there for every scraped knee, athletic event, spelling bee, school play... no matter the event she was there and all of us knew we were loved and supported; we could always hear her over all the noise in the crowd. She was a soft-spoken woman but a fierce Momma Bear in defense of her family. She was most content when everyone was under one roof, and spent many hours sitting up, waiting to see her children home, safe and sound. She was also a very artistic, creative person-- Interior design, ceramics, floral arrangements... All our homes have at least one original 'mom' creation that will be treasured forever. She also loved flowers and tending them with various grandchildren over the years.

She was an active member of the Rosary Altar Society and the KVFD Auxiliary. She was a selfless example of how to live purely for love. She is our angel who undoubtedly will be praying non-stop for us until we see her again; she will be checking to be sure that we all make it to our heavenly home safely.

Gloria was preceded in death by her loving husband Vince, her granddaughter Lexi, her parents Egidio and Roma, her brothers-Bennie and Louie, several in-laws, and two nieces.

Services were held Monday, December 19, 2022 at St. Joseph's Church, Kimball, NE Burial followed at Greenwood Cemetery, Sidney, NE. The services for Gloria have been entrusted to the Cantrell Funeral Home of Kimball.