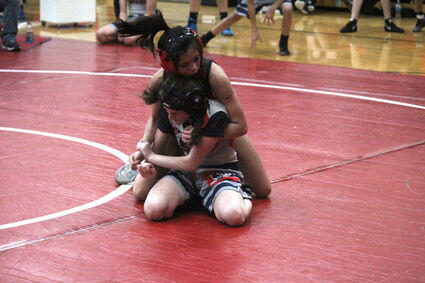 Sidney's Analicia Hernandez has Burns/Pine Bluffs Alycia Stoneking all wrapped up on her way to win by Fall at 1:51.

It was a surprise to many that the Sidney/Bridgeport Invitational was able to be held on Saturday with the amount of snow dumped during the week in the panhandle, but most of the scheduled teams were able to get to Sidney High School to compete in the annual tournament.

Both Red Raider boys and girls teams had success, with medal winners and outstanding performances during the day. 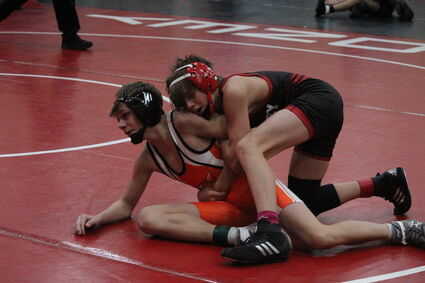 Sidney's Trevor Hank is in control and on his way to a win by Fall at 3:54 over Ogallala's Zaiden Peterson.

The Red Raider Grapplers are scheduled next for a Triangular at Ogallala on December 28.