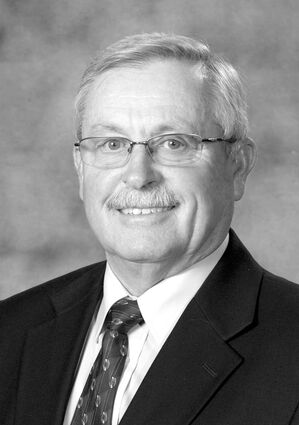 One of the bills I will introduce in 2023 is a bill to move the headquarters for the Game and Parks Commission to Sidney. I believe moving the headquarters to Sidney would be advantageous for Western Nebraska and it would put the Commission right where they need to be.

Current state law says that the headquarters for the Game and Parks Commission has to be in Lincoln, but having the headquarters in Lincoln makes little sense, especially when it comes to wildlife. There is very little wildlife in the City of Lincoln, so those who work for the Commission seldom ever encounter the same kinds of problems with wildlife that we see in Western Nebraska.

Wildlife populations have become a major problem in the Panhandle. Herds of antelope, deer, and elk have grown out of control in Western Nebraska, where they damage crops, destroy fences, and pollute hay. Relocating the headquarters to Sidney would put the management right where these problems lie. This would enable those working for the Game and Parks Commission to see firsthand what kind of damage these animals do to farmers and ranchers. Game and Parks needs to get these herds under control or consider reimbursing landowners for the damages these animals do to property.

State parks in Western Nebraska do not get the same kind of special treatment that state parks get in Eastern Nebraska. For example, Mahoney State Park offers glamping, an aquatic center, an indoor playground, a treetops ropes course, an observation tower and even an indoor rock-climbing wall. Similarly, the Platte River State Park offers a wide range of glamorous outdoor activities, including horseback riding, a water spray park, and canoeing and kayaking just to name a few. We seldom ever see these kinds of amenities at our state parks in Western Nebraska.

Moving the Game and Parks Commission would give an added boost to Sidney's economy. Those who work for the Game and Parks Commission would have to relocate to Sidney, where they would purchase housing, buy their groceries, fuel their vehicles, and pay for entertainment. All of this would be a big bonus to Sidney's economic recovery ever since Cabela's abandoned them.

I introduced a similar bill back in 2021. However, LB 562 never advanced out of committee and was indefinitely postponed at the end of the session. For whatever reason the Natural Resources Committee was not yet ready to commit to the idea. Because it often takes several years to get a good bill passed into law, I will try again.