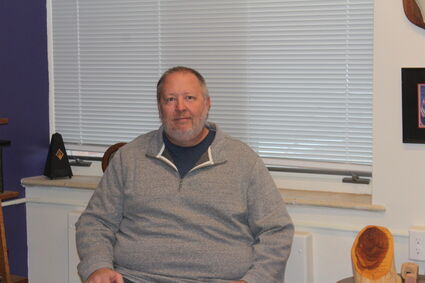 A long history of conflict existed in the United Methodist Church between their progressive members and more traditional conservative members, and LGBTQ issues brought this conflict to a head a few years ago. After years of battling within the church on the issues of sexuality and homosexuality, two plans were suggested at the 2019 General Conference in St. Louis, MO. The Traditional Plan, which supported the church's stance against same-sex marriage, and the One Church Plan, which called for a loosening of restrictions on same-sex marriage. Although the Traditional Plan was passed at the General Conference, a significant number of United Methodist clergy announced a refusal to adhere to the Traditional Plan, which resulted in the creation of a new traditionalist Methodist denomination, The Global Methodist Church. In addition to differences regarding LGBTQ rights and other social issues, the Global Methodist Church also differs in organizational structure and apportionment accountability, and has some differences on the ordination of pastors and term limits for bishops.

"I wouldn't say it was a schism in the church, or because of fighting, but it was out of frustration," said Jenkins. Indeed, for many years the topics of Social Justice and LGBTQ issues had caused much dissension among the groups within United Methodist, but a solution was obviously needed when majorities in the church would decide a course of action and opposing minorities would ignore or actively work against the decisions.

"Pastor Corey", as he is known in the Sidney area, grew up in the E.U.B. (Evangelical United Brethren Church), and strongly believes that his mission is to lead his parishioners in a way counter to the prevailing culture of society. While acknowledging the importance of Social Justice issues, Jenkins stresses the church needs to focus on salvation as the way to achieve justice, rather than using social justice issues as a lever or focus point to achieve salvation.

"Every denomination, especially every Protestant denomination, in the country and around the world is facing this issue. Churches have to decide if they are going to stand for scripture and the true path to salvation, or if they will continue to bend to cultural issues and the latest societal trends."

"We are the only Global Methodist Church in the area right now, but we expect a few others to switch over in the future." said Jenkins.

"People are seeing that the United Methodist Church that we knew and we loved, is not a church that's changing the world. We want the Global Methodist Church to be a church that offers a beacon of hope to the world, not just social justice issues. Don't get me wrong, those issues are important, we have to fight for rights for everyone all the way, but why we're fighting for those rights is more important than the rights themselves."

Some would label Global Methodist as "ultra-conservative", but Jenkins does not agree. "I would defer that to "Evangelical". The focus here is taking Jesus to the world, not just sitting around twiddling our thumbs waiting for the world to tell us what to do."

Faith Methodist is continuing to grow after having a peak number of congregants prior to the COVID-19 pandemic at about 600 members. They are currently around 300 congregants, and looking to expand. With all of the confusion and questions in society about issues, institutions and faith, the Global Methodist Church is striving to be a denomination that stays focused on the message of Jesus and salvation for the world.