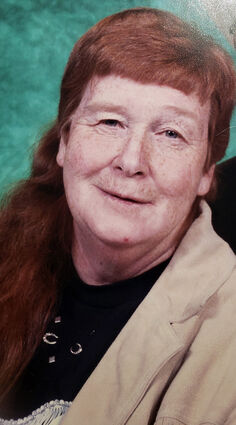 Nancy L. Sherman, 76, of Potter, died at Kimball Health Services on Thursday, December 30, 2022. Cremation has been held and memorial services will be held at 2:00 p.m. on Friday, January 6, 2023 at the Cantrell Funeral Home. Inurnment will be held at a later date. Friends may visit http://www.cantrellfh.com to view Nancy's Tribute Wall and leave condolences and stories for the family. Memorials may be given in Nancy's memory to the family. The services for Nancy have been entrusted to the Cantrell Funeral Home.

Nancy Lee Sherman was born in Scottsbluff on May 13, 1946, the daughter of Carl and Mildred (Bauer) Kling. She was raised and attended school in Scottsbluff and graduated from the Scottsbluff High School in 1964. Following high school she went to Beauty School in Scottsbluff and received her degree in Cosmetology. She was married for a short time and had three children that she raised while working as a beautician in the Scottsbluff area. She moved to Lusk, Wyoming, then to Broadwater, Nebraska and then Potter where she has lived for 20+ years. Nancy worked at the Buffalo Bend Restaurant waiting tables and cooking and she also worked at GRI for a short time. She loved quilting and enjoyed making gifts for family and friends. She loved BINGO and would even venture out in a snow storm to play. Her family and friends were always important to Nancy. Later in life she was married George Sherman for 20 years.