Delta Dawn When the Light Comes On: Week Two 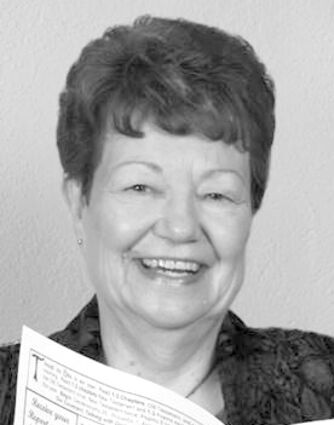 I beg you, Brethren, by the mercies of God, that you not be conformed to the world, but be transformed by the renewing of your minds, that you may prove what is that good and acceptable will of God (in what you do). Romans 12:2

Lacking all perspective, Tom was at his wit's end. Matthew 18:19 kept going through his mind. "If two of you agree together, there I am in your midst." Would Pastor Bill agree with him? Tom needed Jesus' help! And a friend.

Pastor Bill had never worked through such a problem as Tom brought him, but, he thought, "When answers are found for Kimray, evidence that 'Love conquers all'(Proverbs 10:12) may become a beacon of Light to the thinking and decisions made by families, churches, schools, businesses, government, law enforcement and media outlets." These are often referred to as "7 Mountains of Influence".

Pastor Bill cited Proverbs 4:17, "Wisdom is the principal thing and that comes from God, alone. James 1:5 We will ask God for wisdom. He will help us get to the heart of this matter with Bible answers. After all, we have the mind of Christ, and being of His mind, we will find the needed solutions." Reference 2 Corinthians

Following the pattern in Philippians 4:6-8, the men agreed in prayer and set forth a petition concerning Kimray's situation. They wrote down what they wanted to learn, know and put into effect at Kimray and elsewhere. They signed and dated the document, vowing to return in two weeks to note discovery and/or progress.

But first, Tom needed a new Human Resources (HR) person. A resume lay on his desk. A young lady. In an all-male facility? But he invited Nola in. He went over her experience, education and training. Then he noticed "Achievements". Nola had once served as Miss Rodeo America. "Tell me about this," he invited.

"Well Sir," Nola was confident. "I really was their third choice. Something happened to the winner, that year, and the runner up declined the honor, so the crown fell to me. I was hesitant at first, but," Nola looked directly at Tom, "The Lord showed me that I now had opportunity to demonstrate the character traits that should have placed me first - in the first place." She smiled and nodded.

A light of clarity exploded in Tom's head! Kimray had hired qualified people for the wrong reason! He could train anyone, but he could not overrule certain life experiences which defined character. How could he, now, hire for character? It is not reputation (the resume), it is not personality, and it has nothing to do with religious beliefs. Character has to do with morals!

"Hope deferred makes the heart sick, but when the desire (answer) comes, it is a tree of Life." Proverbs 13:12