Special for the Sun-Telegraph 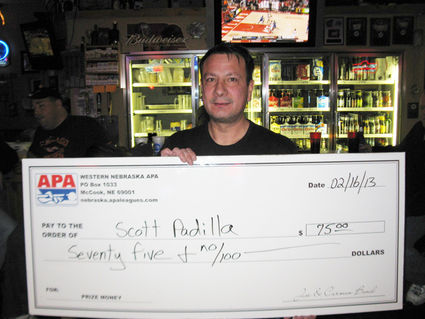 Special for the Sun-Telegraph

A total of 50 players from all over western Nebraska registered for the event, which was open to active APA Pool League members.

The bracket format gave players a chance to play others at or near their own skill level, which allowed players of all abilit...